"Something For The Soil": Odisha Congress Legislator Votes For NDA's Droupadi Murmu

"It's my personal decision as I've listened to my heart," says Odisha Congress MLA Mohammed Moquim 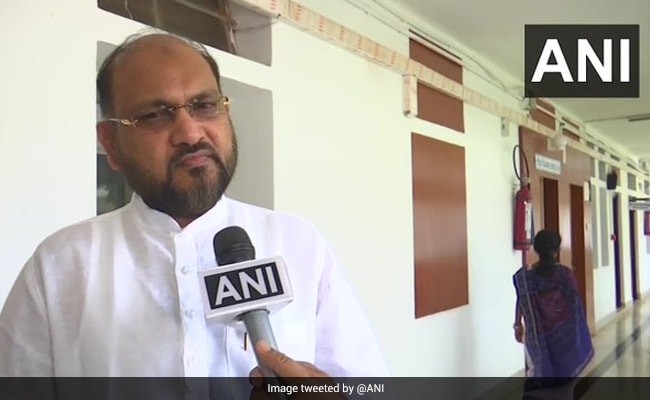 A Congress MLA from Odisha, Mohammed Moquim, today went against the party line and voted for the NDA's Presidential candidate, Droupadi Murmu, who is also from Odisha. "It's my personal decision as I've listened to my heart, which guided me to do something for the soil and that's why voted for her," he said.

In these elections — in which MPs and MLAs are the voters — parties cannot issue binding whips, so the anti-defection law doesn't come into play. Voting is taking place by secret ballot in the parliament and state legislatures until 5 pm.

Ms Murmu — who belongs to the Santhal tribe and looks set to be the first President from a tribal community — is placed comfortably in the direct contest with Yashwant Sinha, the Opposition candidate. She got support from several non-NDA parties owing to her tribal identity, particularly in states with significant population of tribal or other backward communities. These non-NDA parties include those otherwise in partnership with the Congress, such as the Jharkhand Mukti Morcha. Odisha's ruling party, former NDA constituent Biju Janata Dal, is already supporting her. The Congress has nine members in a House of 147.

A former BJP leader who was governor of Jharkhand, Ms Murmu only needs to cross the halfway mark to win, but has over 60 per cent votes, going by the declarations of support. Initially, the NDA on its own was marginally short of the mark.

Yesterday, Yashwant Sinha, too, sought to gather support across the aisle, reminding BJP MPs and MLAs that he was once in their party. Appealing to the voters' "individual conscience", he described the elections as "not between two individuals but between two ideologies". If elected, he said, he would "do everything to save India's Constitution and its values".

Results will be declared after counting on July 21. President Ramnath Kovind's tenure ends on July 24.