As many as 1.71 crore people in 19 districts of Bihar were still affected by the floods, officials said. 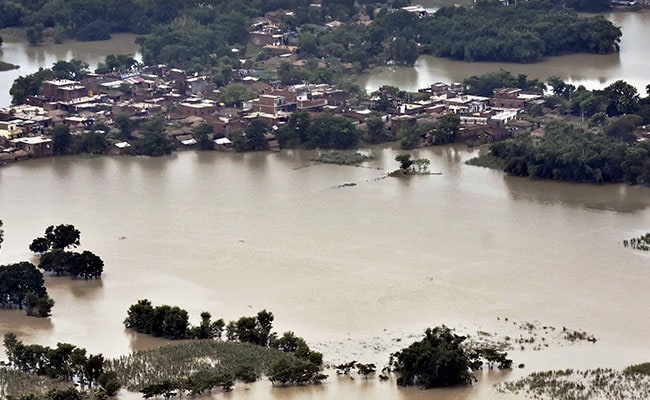 187 blocks and 2,371 panchayats were affected by the flood, a state Disaster Management department said

New Delhi: As many as 42 deaths in flood-related incidents were reported from Bihar in the last 24 hours, taking the total to 482, whereas five persons lost their lives in Uttar Pradesh, pushing the flood toll in that state to 101.

As many as 1.71 crore people in 19 districts of Bihar were still affected by the floods, officials said.

A total of 187 blocks and 2,371 panchayats were affected by the flood, a state Disaster Management department release said, adding that the number of relief camps had come down to 222, where 1.44 lakh people had taken shelter.

The flood waters, however, had receded at some places, prompting many to return home, officials said.

The MeT office has forecast heavy rain at one or two places of West Champaran district, north-central, north-east and south-east parts of the state tomorrow.

Five deaths in flood-related incidents were reported from Uttar Pradesh in the last 24 hours, taking the toll to 101, the flood control room at the relief commissioner's office told news agency PTI.

Promoted
Listen to the latest songs, only on JioSaavn.com
Four deaths were reported from Gorakhpur district, while the other one was reported from Lakhimpur Kheri, it added.

The number of flood-hit districts had reduced from 24 to 14, officials said, adding that 3,128 villages remained affected by the deluge and 2,061 of them were marooned. Rivers such as the Rapti, Ghaghara, Burhi Rapti, Rohini and Quano were in spate and had inundated vast areas of Lakhimpur Kheri, Barabanki, Faizabad and Ballia, Gorakhpur, Siddharthnagar, officials said.