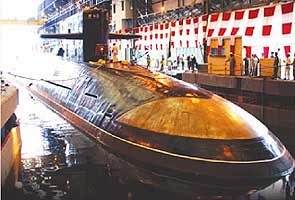 Top government sources told NDTV that all systems of the indigenously made nuclear reactor are "go" and the submarine will soon be launched to sea on the Eastern coast.

"We are gearing up for the sea trials of Arihant," the then Defence Research and Development Organisation (DRDO) chief V K Saraswat had told reporters in May.

Nuclear triad is the ability to fire nuclear-tipped missiles from land, air and sea. After the nuclear reactor is activated, the agencies concerned can work towards readying the warship for operational deployments soon.

According to earlier reports, the DRDO has also readied a medium-range nuclear missile BO-5 for deployment on the Arihant and its last developmental trial was held on January 27 off the coast of Vishakhapatnam.

So far, the US, Russia, France, China, and the UK have the capability to launch a submarine-based ballistic missile.

Though this comes as good news for India's defence capabilities, there is some concern over the overall strength of India's submarine fleet. India has 14 conventional submarines that run on either battery or diesel and are aging and outdated. Each of them will have completed the standard life-span of 25 years by 2017.

Promoted
Listen to the latest songs, only on JioSaavn.com
The nuclear submarine will help India achieve the capability of going into high seas without the need to surface the vessel for long durations.

Conventional diesel-electric submarines have to come up on surface at regular intervals for charging the cells of the vessel.