Now, Narendra Modi Government Plans to Get You Walking on a Digital Cloud 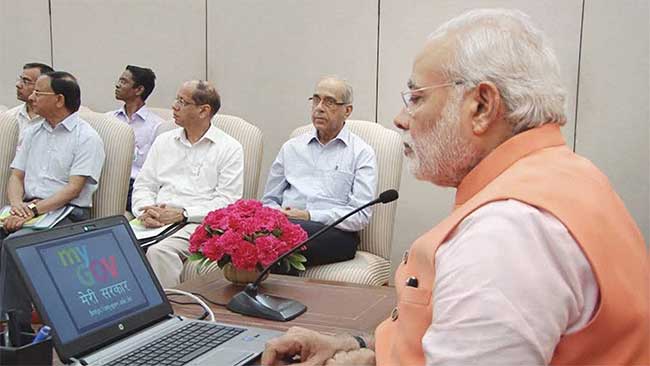 On July 26, PM Narendra Modi launched a portal for citizens to contribute to governance. (File pic)

New Delhi: If the UPA government had food, education, job and information for all, Prime Minister Narendra Modi - who has just unveiled banking for all - now plans to give a little cyberspace to all.

The government is working on an ambitious plan to provide each citizen with a "unique digital cloud".

It would be your own little bank of information - where all your original documents can be saved.  Birth certificate, school certificates, board exam marksheets, college degrees, documents about other qualifications, passport, pan card, residence proof and even property details.

So, if a graduate applies for a government job, "the government can access the applicant's personal digital cloud and get a copy of degree provided by the university," explained a senior NDA minister, citing an example.

The idea, being pushed by the Prime Minister himself, is "simple and executable".  And government department would be able to access it through an "access interface".

Result: Work would be less dependent on paper documents. "It would also save people the trouble of getting documents attested and help stop forgery," added an official in the Prime Minister's Office.

The government is already looking for suggestions on the MyGov.in portal to find how the digital cloud idea could be developed, expanded and executed successfully.

There's more. If successfully implemented, the digital cloud can have different use in urban and rural context.
For the rural population, it could store information regarding government benefits availed by each person -- direct cash transfers, medical assistance and subsidies.

Promoted
Listen to the latest songs, only on JioSaavn.com
The project, in a way, is a take-off from the UPA government's work to move critical information infrastructure on a national cloud.
The national cloud - "Megh Raj" - was launched in February by former IT minister Kapil Sibal. The idea was to deliver e-services faster and help develop various e-governance applications by connecting the state data centers.