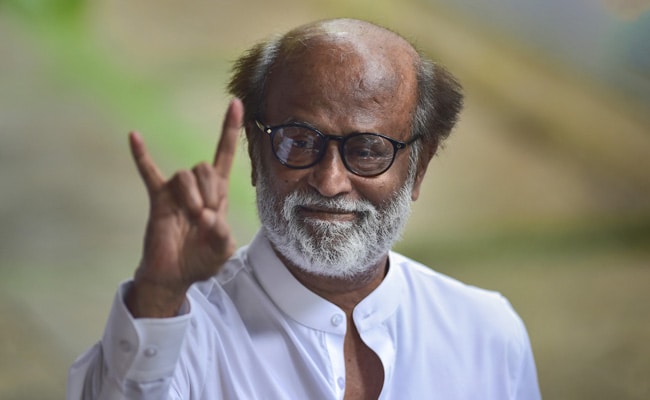 Rajinikanth's health issues come days ahead of the planned launch of his political party.

Tamil film actor Rajinikanth's medical reports show there is nothing alarmingly wrong with him and his doctors will take a call on his discharge today afternoon, according to a medical bulletin issued by the Hyderabad hospital where he has been admitted since Friday.

The 70-year-old was admitted to Apollo Hospitals following "severe fluctuations" in his blood pressure. He was in the city last week for the shoot of his film "Annathe" but it was cancelled after four members of the crew tested positive for coronavirus. Rajinikanth himself, though, has tested negative.

While a Apollo Hospitals notification had on Saturday said that doctors had found no major health problems with him, they were waiting for some more investigative reports before coming to any conclusion.

"All the investigation reports have come in and there is nothing alarming in the reports. The team of doctors will evaluate him this afternoon and take a decision on his discharge," a hospital bulletin issued today said.

Mr Rajinikanth's health concerns come days ahead of the planned launch of his political party. The new outfit is expected to play a major role in the upcoming Tamil Nadu elections scheduled for May 2021. His fellow actor, Kamal Haasan, has already launched the election campaign for his new party, the Makkal Needhi Maiam. Mr Haasan had earlier expressed his willingness to work with his long-time colleague's new outfit.

"Wishes for Rajinikanth's speedy recovery," the 66-year-old Mr Haasan tweeted in Tamil on Christmas Day. Tamil Nadu Chief Minister, E Palaniswami, too, spoke to the ailing actor on Saturday over the phone and wished him quick recovery.