Rumours were doing the rounds that one or two BJP legislators, including Ashok Lahiri, are set to defect to Trinamool after Babul Supriyo crossed over on September 18. 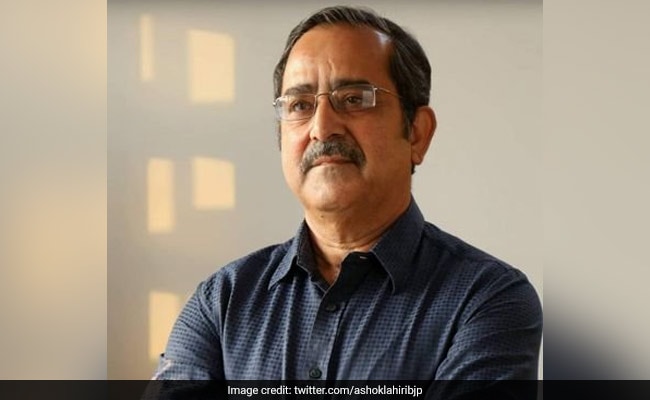 Economist and BJP MLA Ashok Lahiri on Tuesday scotched speculation about him joining the ruling Trinamool Congress (TMC) in Bengal but said he is ready to give constructive advice on financial matters to the state government if asked.

Rumours were doing the rounds that one or two BJP legislators, including Ashok Lahiri - former chief economic adviser to the government of India, are set to defect to the TMC after former Union minister Babul Supriyo crossed over on September 18.

The MLA from Balurghat in north Bengal told reporters that the speculation about him switching sides has no basis and that he will continue to work as a BJP MLA.

"As an opposition legislator, my job will be to highlight the people's issues, their problems... As an economist having helped different states on financial matters, I am ready to give suggestions on technical matters to the state if asked and confidentiality maintained," he said.

To a question on former BJP vice-president Mukul Roy - who returned to the TMC shortly after winning the Assembly election on a BJP ticket, Ashok Lahiri said, "I am not sure whether he belongs to the Trinamool Congress or the BJP currently."

Mukul Roy, officially the BJP MLA of Krishnanagar Uttar, has not resigned from the Assembly.

On the controversial appointment of Mukul Roy as the Public Accounts Committee (PAC) chairman, Mr Lahiri said, "Since the honourable high court has delivered an order on the issue and since the honourable Speaker is deliberating on the matter, I won't comment."

Ashok Lahiri was believed to have been considered for the post of chairman of the PAC.

"So far as I am concerned after all these years of service as an economist, I am certainly not enamoured by perks and other facilities associated with the post of PAC chairman. I am a man of simple living," he said.