"Not A Drop Of Water For Karnataka," Says Goa Minister Amid Mahadayi Row

Karnataka plans to construct seven dams on the river, aimed at diverting its water to the parched Malaprabha basin in north Karnataka. Goa had raised objections to this project saying that it would affect their water supply from the river 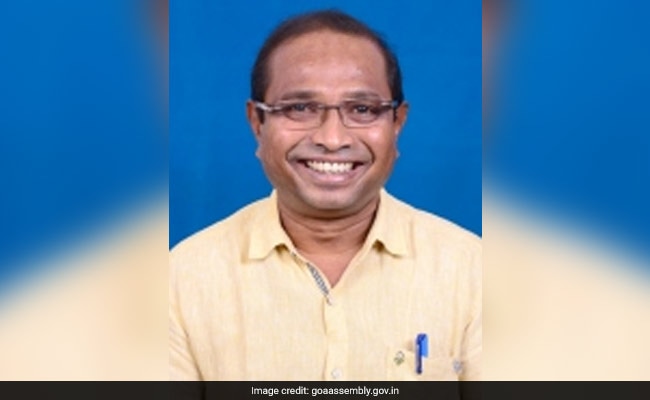 Panaji: Dismissing Goa Chief Minister Manohar Parrikar's gesture extended to Karnataka BJP chief BS Yeddyurappa as a "political stunt", Goa Water Resources Minister Vinod Palienkar today said that the state will not share even "a drop of water" of the Mahadayi river with its neighbour.

"Whatever he (Manohar Parrikar) has written (in the letter), he has not sent to me. If he has sent it to Karnataka, I can only say that it must be a political stunt," Mr Palienkar was quoted as saying by news agency IANS.

Last week, after a meeting with BJP President Amit Shah in Delhi, Mr Parrikar in a letter to Mr Yeddyurappa, had agreed "on humanitarian grounds" to consider Karnataka's demand for drinking water in its northern parts, even as the matter is being heard by a tribunal.

"Our people are desperate for water, how can we give them water? We will not compromise and not give a drop of water to Karnataka," Mr Palienkar, who belongs to the regional party and BJP ally Goa Forward, said.

The Parrikar government is facing stiff opposition because of the chief minister's letter to Mr Yeddyurappa. Another ally, the Maharashtrawadi Gomantak Party has also demanded a status quo on the dispute with Karnataka.

In Karnataka, the move has created a rift within the cabinet in with both the ruling Congress and the opposition BJP staging protests across the state. Farmers who are also protesting in north Karnataka have accused the parties of politicising the sensitive issue.

Mr Yeddyurappa, a power Lingayat leader from north Karnataka, is expected to lead the BJP's campaign in the region, when the state goes to the polls next year. BJP sources said that the party was looking to leverage the Mahadayi issue in north Karnataka constituencies, especially in districts such as Belgaum, Bagalkot among others.

Goa and Karnataka are embroiled in a bitter battle over the controversial Kalasa-Banduri project in the southern state. Mahadayi, known as the Mandovi river in Goa, is a rain-fed river where water comes from some springs near Bhimgad in northern Karnataka. It passes through Maharashtra briefly and meets the Arabian Sea in Panaji in Goa. While the river traverses 28.8 km in Karnataka, it runs through a length of 81.2 km in Goa.

Karnataka plans to construct seven dams on the river, aimed at diverting its water to the parched Malaprabha basin in north Karnataka. Goa had raised objections to this project saying that it would affect their water supply from the river.

However, last week, Mr Parrikar said Goa was ready to share a "reasonable" amount of water with Karnataka for its drinking water needs after BJP Karnataka chief BS Yeddyurappa wrote to him asking for help.

Promoted
Listen to the latest songs, only on JioSaavn.com
Karnataka Chief Minister Siddaramaiah, however, took offence to Mr Parrikar responding to Mr Yeddyurappa and not the chief minister of the state.

In a letter to his Goa counterpart, Mr Siddaramaiah said, "I only wish you had replied to my letter, since I took the initiative for the negotiated settlement; not only on my own but also on the suggestion made by the Mahadayi Water Disputes Tribunal."