India's northeast has a long-standing relationship with Thailand and to celebrate the 75th year of India's diplomatic relations with Thailand, the second edition of North East India Festival will be organised on July 30 and 31 in Bangkok. 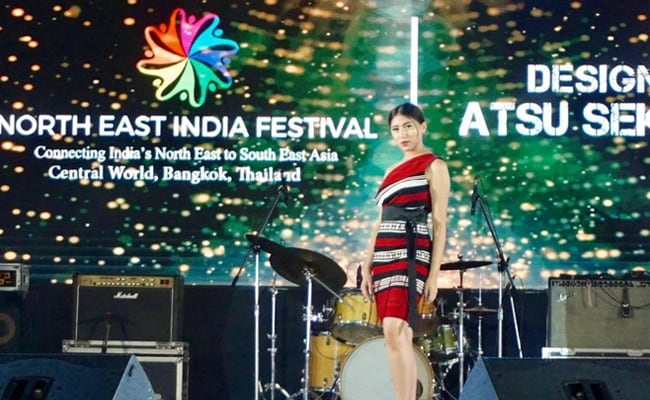 The second edition of North East India Festival will be organised on July 30 and 31 in Bangkok.

India will celebrate 75 years of diplomatic ties with Thailand through a festival in Bangkok, themed on India's northeast. The Act East Policy will go a step forward as a big delegation of 400 people including chief ministers, ministers, bureaucrats, industrialists, entrepreneurs, singers, artists, authors and journalists from the northeast - the gateway of India to ASEAN region - will visit Thailand's capital Bangkok to explore shared history and to promote people-to-people exchange and trade.

India's northeast has a long-standing relationship with Thailand and to celebrate the 75th year of India's diplomatic relations with Thailand, the second edition of North East India Festival will be organised on July 30 and 31 in Bangkok.

Prime Minister Narendra Modi during his town hall address in Bangkok in 2019 had said that for the first time a festival is being organised outside the country to create awareness about India's northeast and Southeast Asia.

The festival will start with an inaugural session on July 29 in Bangkok at an event hosted by the Indian embassy.

Best wishes for the #NorthEastIndiaFestival celebrating 75th anniv. of India-Thailand relations. It's a great opportunity to showcase our region to the int'l. community & create opportunities for our youth.
I hope it will have positive impact & strengthen ties for mutual benefit. pic.twitter.com/nVe3wlpG1D

India's Ambassador to Thailand Suchitra Durai has been entrusted by New Delhi to oversee the festival, officials said.

In the post-pandemic period, New Delhi's strategy is to promote northeast India in ASEAN countries through such event, officials added.

Some 30 entrepreneurs of small and medium enterprises will showcase products from the northeast region, with special focus on tea, crafts, etc.

This time, the focus is also on Tai culture of the northeast region. A large team of Tai Khamti and Tai Ahom community will present the history, heritage and culture of the Tai communities.

Some of the most popular dance forms of Thailand will also be displayed.

More than 400 delegates are travelling to Bangkok to participate in the festival, said the chief organiser Shyamkanu Mahanta.