Tanushree Dutta had earlier alleged being threatened with a "violent attack" by the party, after she alleged being harassed by actor Nana Patekar on the sets of the 2008 film 'Horn OK Pleassss'. 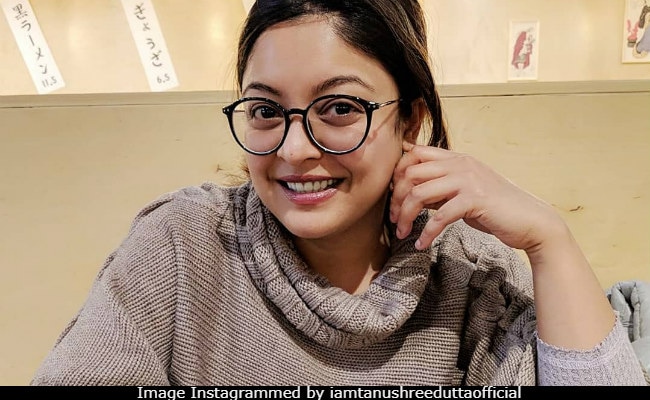 A complaint was filed against actor Tanushree Dutta for allegedly defaming Raj Thackeray and the Maharashtra Navnirman Sena or MNS. Tanushree Dutta had earlier alleged being threatened with a "violent attack" by the party, after she alleged being harassed by actor Nana Patekar on the sets of the 2008 film 'Horn OK Pleassss'. The 34-year-old actor had said that MNS workers had attacked her car in 2008, which was when she had first spoken out against Nana Patekar.

The non-cognisable complaint against her was filed by a man identified as Sumant Das, at Maharashtra's Beed district.

"This on top of other threats issued to me from Nana's side," she had said, after renewing her attack on Nana Patekar, recently, comments which lent the actor a wave of support as well as scorn from industry veterans.

Vivek Agnihotri's lawyer had denied the charges, declaring them to be "absolutely false, frivoulous and vexatious," adding that the director would sue Tanushree Dutta over the accusation.

Ms Dutta said in a statement that she had so far received legal notices from both, Nana Patekar and Vivek Agnihotri.

However, the allegations were met on some quarters with ignorance or scorn. Amitabh Bachchan, Salman Khan and Aamir Khan all said they were unaware of the allegations, whereas 66-year-old Shakti Kapoor said that he didn't know about the incident, which happened 10 years ago, as he was "a kid back then."

"This is the price you pay for speaking out against harassment, humiliation and injustice in India," Ms Dutta said over the legal notices she received over her allegations.