Non-Bailable Warrant Against Arvind Kejriwal, Others Cancelled In Defamation Case

The warrant was issued on April 23 after neither Arvind Kejriwal, Manish Sisodia, and Yogendra Yadav nor their counsels appeared before the court but was stayed on April 24. 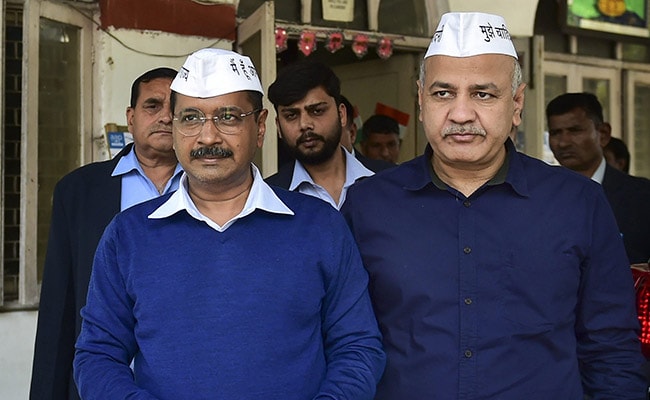 During the hearing, Additional Chief Metropolitan Magistrate Samar Vishal warned counsels' representative to be more careful about dates and not to repeat this in the future.

However, Mr Yadav appeared before the court and apologised for his non-appearance and signed the notice copy.

The warrant was issued on April 23 after neither Mr Kejriwal, Mr Sisodia, and Mr Yadav nor their counsels appeared before the court but was stayed on April 24.

The court had issued the warrant against three leaders in a defamation complaint matter filed by lawyer Surender Sharma as his candidature from Aam Aadmi Party (AAP) was cancelled in 2013 at the last moment and was published in various newspapers in a defamatory manner.

The next date of hearing is on May 14.