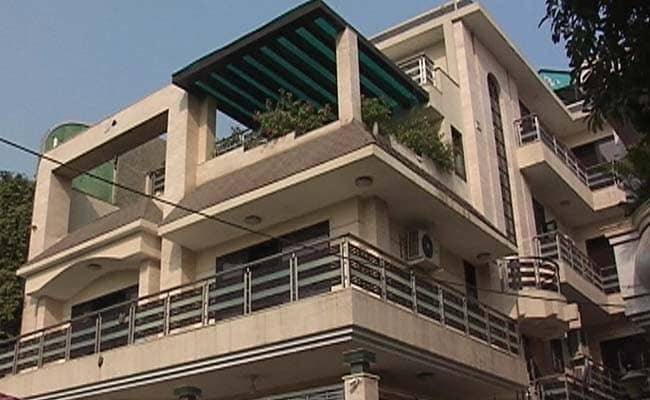 One of the houses belonging to Yadav Singh,who has been raided in a corruption case

Noida: With diamonds worth Rs 100 crore, two kilos of gold, crores in cash and 20 properties to his name, Yadav Singh is one of the richest men in Uttar Pradesh. He is no businessman, just a government employee.

Mr Singh, who is a chief engineer with the Noida Authority, has become an embarrassment for the state government after raids over the weekend revealed his fabulous wealth - virtually impossible on a government salary.

Sources say he could be sitting on a scam worth over Rs 900 crore. All contracts that he oversaw have been cancelled.

He has been transferred to a lesser post pending investigation and will no longer be in charge of the Noida, Greater Noida and Yamuna Expressway authorities.

A team of 120 officers of the Income Tax department raided over 20 places allegedly owned by Mr Singh. Besides cash and jewellery, the team found documents of 40 fake companies in the official's wife's name. Perhaps their most important find is a diary with coded entries, believed to be a record of illegal dealings involving other bureaucrats.

The raids were conducted in connection with the alleged sale of plots in Noida through fake share-holdings.

"If any wrongdoing is found in any department, our government will take action," Chief Minister Akhilesh Yadav said on Sunday.

Mr Singh's career growth has been almost as remarkable as his mushrooming wealth.

He began in 1980 as junior engineer, and in two decades, had shot up to Chief Engineer. In 2011, he became engineer-in-chief with the Noida Authority. In 2012, the Samajwadi Party government suspended him for alleged corruption. A few months later, he was allegedly reinstated with even more powers.
Comments
Noida bureaucratNoida engineer raidedYadav SinghNoida chief engineer case