Ahead of August 28 blast to finally bring down 100-metre illegal towers, demolition company says everything in place, key part to be over in half hour

The towers were 40 floors each, brought down to 32 and 29 before final blast.

The blast is scheduled for 2.30 pm, August 28. After an all-clear, the residents should be back to reset their homes by 4.

"What will we do about the dust?" said Monika Kapoor, a resident of an adjacent building in Supertech Emerald Court society. This building is one of many barely 10 metres from the to-be-razed towers. "I am worried about my children. Senior citizens, too, may have severe asthma problems as dust can take some time to settle even after the day of the blast," she told NDTV.

Rajinder Singh and wife Sarla live in a building just 12 metres from the towers. "We have packed all the glassware. We have taken off the TV and other wall hangings. But I am scared. I think glass items will break due to the blast." 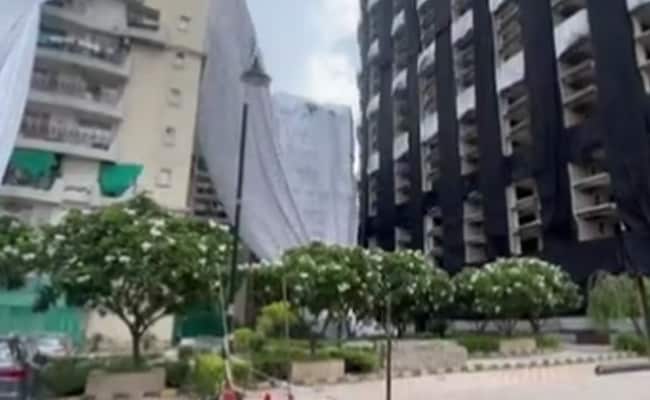 Buildings next to the to-be-razed towers are covered in special cloth to keep out the dust to a degree. 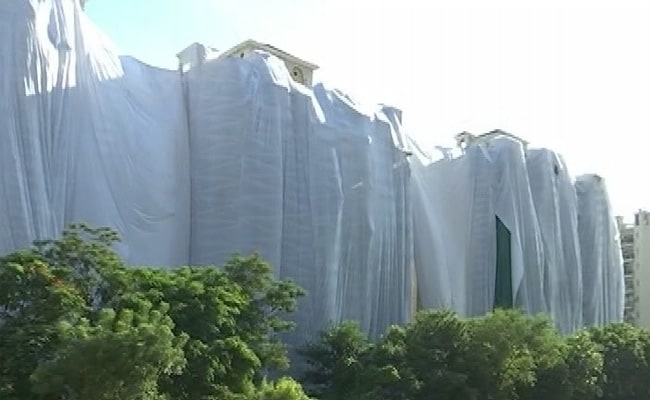 The demolition company says vibrations will be minimal and travel barely 30 metres. "It's like one-tenth of a Magnitude 4 earthquake," said Mayur Mehta, project manager for Edifice Engineering, the Mumbai firm engaged by Supertech and Noida authorities. Noida is built to withstand much stronger quakes, he added.

The tower in which Rajinder Singh lives is one of many covered in special fabric that can minimise dust coming through. "We shifted out all the valuables," he said. "We will move to a relative's house a day before the demolition."

Another resident, Sarita, said, "We will draw a cross on the windowpanes with tape. The electricity and gas connection will be turned off."

"But what if big pieces of debris fall on our house? They have put up containers and other things for safety. And we don't have many options other than trusting them. See, one builds a house with great difficulty. We are bound to be worried," she added. 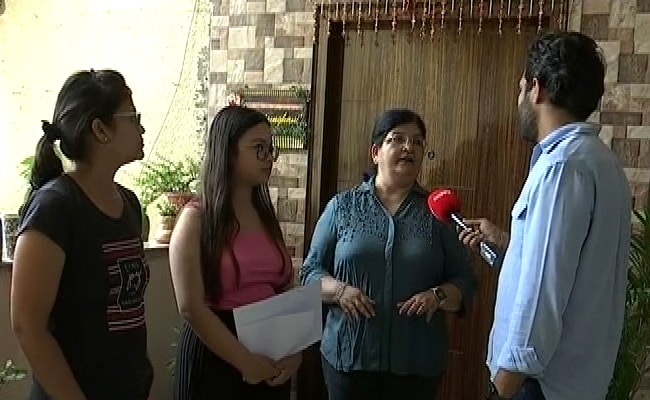 The demolition comes after many deadline extensions since last August, when the Supreme Court had ordered that these towers be brought down for having been built against norms.

Besides Emerald Court, another society named ATS Village is next to the towers. About 40 pillars of their buildings have been strengthened with cement and iron after a survey.

Explosives have been installed on pillars of the twin towers — a total of 3,700 kg used in all. There are 20,000 circuits that will all be brought together for a trigger on Sunday.

"We are using the waterfall technique. Debris of each floor will fall on the floor below, starting from the basement," said project manager Mayur Mehta. He said the amount of dust in the immediate will settle in up to 12 minutes, depending on wind speed. 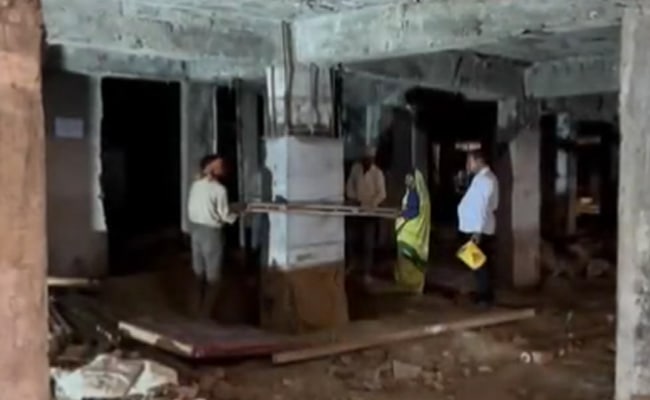 The adjacent buildings were strengthened after an audit.

Noida authorities have made special arrangements to clear the dust that settles. They will start with the debris, too, immediately. "There will be a large number of labourers who'll move in and start work — cleaning up the adjacent areas, checking for damage," said Mr Mehta.

There will be a halt on all movement starting 2.15 pm within 450 metres of the site. That includes a portion of the Greater Noida Expressway, which will remain closed up to 2.45 pm or whenever an all-clear is sounded. No planes or drones will fly in the area during that period.

Arrangements are in place at some hospitals nearby, in case someone is injured.

And what if it goes so horribly wrong that adjacent buildings get damaged?

The demolition firm, Edifice Engineering, has bought an insurance policy of up to Rs 100 crore in case the plan fails. It covers structural damages to adjacent buildings too.

Residents have been told to take care of removable, personal belongings, though.

Emerald Court's Rajesh Rana, whose flat is just 9 metres from the towers, said all the residents have been speaking about is the demolition. "But we are more happy than worried about the demolition. It's a result of a long struggle for us," he told news agency PTI.

The towers had come up in what was promised as an empty space for the residents.

Uday Bhan Singh Teotia, president of Emerald Court residents' association, said, "Some societies in the area have offered space in their community clubs to anyone from our societies to stay for the demolition period."

While some are considering the offer, a large number are planning to move to relatives' homes in Delhi, Noida, Gurgaon and Ghaziabad. And there are some who have planned to go on a vacation, too, to places like Uttarakhand and Rajasthan, said ATS Village residents' group president Atul Chaturvedi.