Noida Man Jailed For Dressing Up As Doctor To Bypass Lockdown

The police said they suspected something was amiss when they spotted him walking around coolly near Sector 35 wearing the full medical detail. 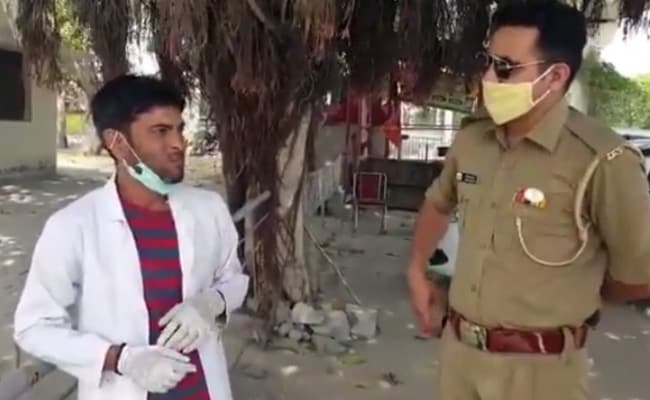 The man had a lab coat, white gloves and a surgical mask and yet something about him did not sit right with the police.

When an officer patrolling the streets in Noida on Wednesday came upon Ashutosh Sharma and asked him a few questions, it did not take too long for the truth to spill out.

Sharma, whose comes from Kanpur, had decided to dress up as a doctor to thwart the ongoing 21-day nationwide lockdown amid the coronavirus pandemic.

The police said they suspected something was amiss when they spotted him walking around coolly near Sector 35 wearing the full medical detail.

He was stopped and questioned. After first claiming to be a doctor, Sharma started mumbling when the officers pressed him further and soon his plan was out.

The police have arrested him and charged him with violating the lockdown.

Gautam Buddh Nagar, of which Noida is part, registered seven new coronavirus cases in the last 24 hours, taking the total in the district to 45, officials said on Wednesday.

"If 99 per cent follow precautions, but 1 per cent do not, then that 1 per cent people are putting the whole society at risk. The government and the administration need your support and we are ensuring minimum difficulties to the citizens," District Magistrate Suhas L Y told reporters.

Missile Park "Agneeprastha" To Be Set Up At INS Kalinga