"Nobody Said It's A Trial": A New Covid Vaccine Controversy In Bhopal

People living near the former factory were allegedly offered Rs 750 in exchange for the injection.

Trials of a coronavirus vaccine have run into fresh controversy in Madhya Pradesh's Bhopal where some allege they received shots without informed consent.

NDTV has spoken to over a dozen people who claim they were misled into taking part in trials held by a local private hospital, the People's College of Medical Sciences. They say they were not informed about the trial or the risks, but told only that the injection would prevent Covid. They also claim they were not given copies of the consent form, mandatory for such trials.

"... nobody told me about any side effects and nobody gave me a copy of the informed consent form. I have never got a call from the hospital," Rekha, from Bhopal's Oriya Basti said, adding, "... the hospital said (if I take if this injection) I won't get corona."

Savitri from Shankar Nagar, who got her first dose on December 8, said, 'We are giving corona vaccine.' Nobody told us it is a trial... they just said, 'If you face complications call us'."

Like Rekha, she too claims she never got a consent form. "They said you can fill the daily report... but I can't read or write, so how can I fill the form?" she asked.

The hospital, located just half a km from the poorest and worst 1984 gas tragedy-affected communities, allegedly reached out to people in these areas. People living near the former Union Carbide factory say teams of hospital staff visited the Gareeb Nagar, Shankar Nagar, Oriya Basti and JP Nagar neighbourhoods and offered Rs 750 - a princely sum for many in these communities - in exchange for the injection. They also claim vehicles were sent to ferry the vaccine recipients. 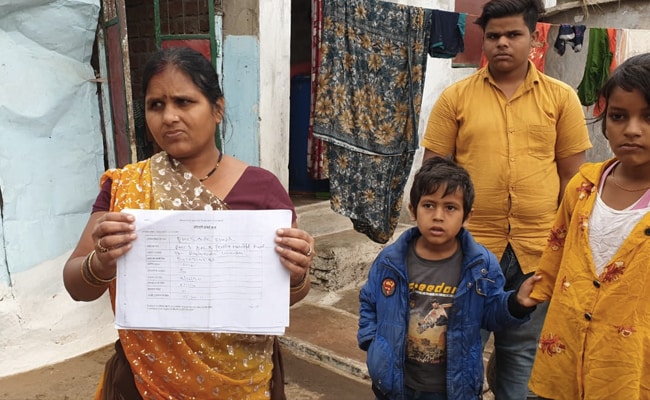 As many as 250 people may have signed up and it appears few were informed of risks, given a copy of the informed consent form or told if they would be insured.

By some accounts, as many as 250 people may have signed up and the allegation is that few were informed of risks, given a copy of the informed consent form or told if they would be insured. Blood, urine and nose samples were reportedly collected, after which participants, many of whom say they cannot write, were handed a four-page booklet to note down side effects.

Jitendra Narwaria, 37, who is a daily wager and the sole earner for a family of five, was vaccinated on December 10. He said he signed up because his friend told him the hospital will conduct blood tests.

"The doctors said, 'If there is issue with your blood this will take care of it.' I asked if everything will be all right afterwards and they said yes. I went for a check-up on December 14 but... am a poor man... can't pay Rs 450 for tests. I bought medicines with my own money... feel very bad about getting myself vaccinated as my children have no food," he said.

Jitendra Narwaria, 37, who works as a daily wage labourer and is the sole earner for a family of 5, says he was vaccinated few days later, he began vomitting and became feverish, and could not go to work. He said nobody told him it's a trial! #TrustYourVaccine@ndtvindia@ndtvpic.twitter.com/TrFvXmlC8c

The hospital says it followed all the rules. The Dean, Dr AK Dixit, said the trials were conducted under ICMR (Indian Council of Medical Research) guidelines, and included a minimum of half-hour counselling for potential participants in which they are informed about the doses and potential side effects.

"This information (allegations that participants were not given informed consent forms)... I don't think is correct. It (their consent) is recorded with us... anybody who asks for the report, we give them. Otherwise, it is with us. Informed consent is always taken," he said. 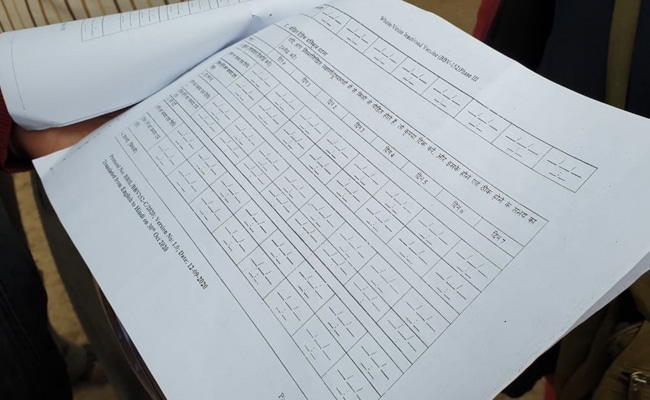 When asked about Jitendra Narwaria, Dr Dixit said that while he did not have the case details on hand, all participants were required to stay back for 30 minutes to check for immediate adverse effects and a seven-day follow-up was conducted over the telephone.

The conflicting versions reflect the complexity of conducting vaccine trials in a country with low levels of literacy and awareness.

"We will definitely look into the cases. My feeling is a section of society who wants to scare people is indulging in politics. It is a big issue... our scientists have developed a vaccine and those who are from tukde tukde gang are opposing... those supporting Kanhaiya, Pakistan," he said.