No Shadow of Vladimir Putin's India Visit on Barack Obama's Trip: US 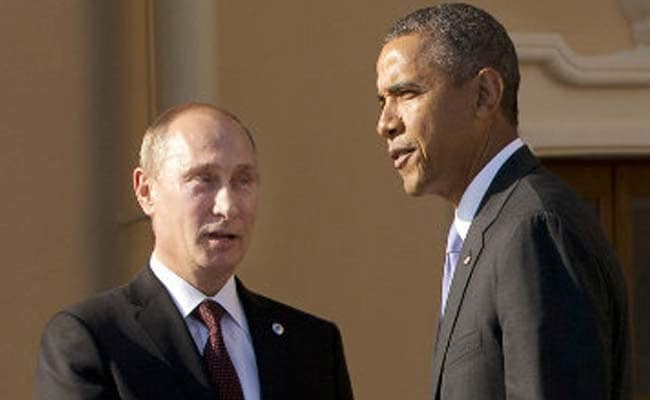 Washington: The United States said Russian President Vladimir Putin's visit to India next week would not cast a shadow on President Barack Obama's trip in January, but added that "now is not the time for business as usual with Russia."

"I know there's a lot of rumours, often of trade deals or economic deals, but let's see what's actually put into practice here," US State Department spokesperson Marie Harf told reporters on Friday, adding, "Let's wait and see what comes from the visit."

President's Putin's trip to India will be the first since Prime Minister Narendra Modi swept to power in May and is expected to focus on boosting bilateral trade, which currently stands at US$ 10 billion, government officials said.

"As we have said before, now is not the time for business as usual with Russia," Ms Harf said, adding, "We have conveyed this certainly to our allies and to our partners across the world."

But she made it clear that Mr Putin's trip would not impact President Obama's visit to India at the invitation of Prime Minister Narendra Modi to be the chief guest at the Republic Day parade in January.

"It's not, not at all," she said. "Broadly speaking, that's our position on doing business with Russia."

"But again, India is a very, very close partner. Let's see what comes out of the actual visit, but we're confident things will continue as they are."

When pointed out that India has shared close ties with Russia, Ms Harf said, "Well, it's possible to have good relationships with multiple countries even when we disagree on things."

"But again, it's not, to my knowledge, impacting any visits one way or the other," she said.

But the US was watching the Russian President's visit to India, Ms Hard said, as "we watch a lot of things that go on around the world. I wouldn't express a large amount of concern, though."
Comments
Vladimir PutinBarack ObamaPutin India visitNarendra ModiObama India visitUS RussiaRussia India