No School Building, Chhattisgarh Students Forced To Study Under Tree

During rainfall and monsoon season, the school either declares a holiday or conducts the classes in a nearby aanganwadi. 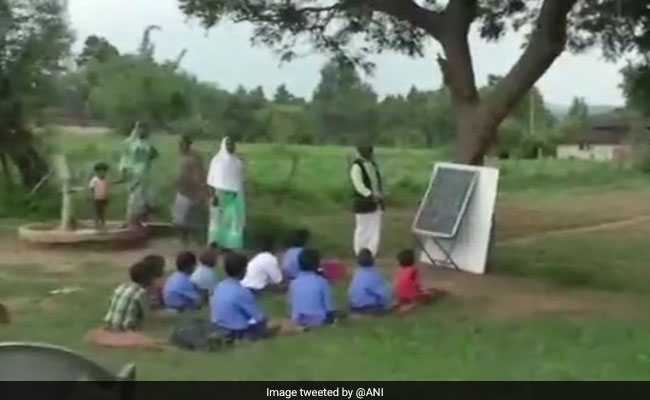 Dispute between the government and some villagers over alloted school land led to the conflict.

In Chhatisgarh's Jagima village, students of a government school are forced to study under a tree. Residents say that a dispute between the government and some villagers over the allotted land for the school building led to this situation.

During rainfall and monsoon season, the school either declares a holiday or conducts the classes in a nearby aanganwadi.

Some say the fund for the construction of the primary school was released in 2005, but since no solution arose from the dispute, the school was never constructed.

"Responsibility of its construction was given to School Management Committees (SMC), but a violent clash broke out between SMC and land-owner after which the owner was jailed," said IP Gupta, District Education Officer, Balrampur, adding, "that is why villagers are angry and students are being affected."