No One Should Break Law In Name Of Cow Protection: Yogi Adityanath 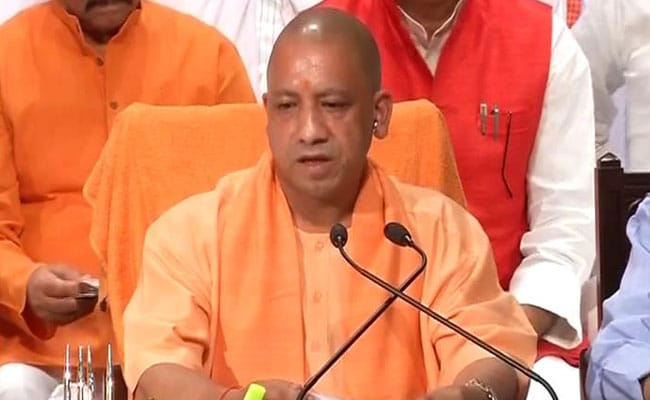 Yogi Adityanath said people should not take law into their hands in the name of cow protection.

New Delhi: Uttar Pradesh Chief Minister Yogi Adityanath has said that people should not take the law into their hands in the name of cow protection and the government will not spare anyone involved in criminal activities.

In an interview with Zee News channel, the Chief Minister also said that triple talaq was a social problem and suggested that the parties involved in the Ayodhya dispute should try and reach a conclusion.

"I feel the government is doing its work and no one should take law in their hand... We want to assure that there would be no action against any innocent person but the state government will not spare any criminal or mafia," he said.

Answering a question on slaughter houses, Yogi Adityanath said they had implemented the directions of the National Green Tribunal and the Supreme Court and those who meet the norms had not been touched.

The Chief Minister said his government had made a provision in the budget to waive over Rs 36,000 crore of farmers loans and asked the banks not to issue notice to the farmers who are covered under the waiver decision.

He also said his government takes guidance from the Centre whenever needed.

Promoted
Listen to the latest songs, only on JioSaavn.com
"I go to party (BJP) president (Amit Shah) and Prime Minister Modi for guidance," he said.

On the rollout of the Goods and Services Tax (GST), Yogi Adityanath said that it would make India an economic superpower and lead to the prosperity of all sections of people.