No Nightstay At Meadows In Uttarakhand, Rules High Court

The Uttarakhand High Court on August 21 ordered the state government to remove all permanent structures from the alpine and sub-alpine meadows and grasslands, including Aali-Bedini-Bagzi Bugyals (grasslands) in the state within three months. 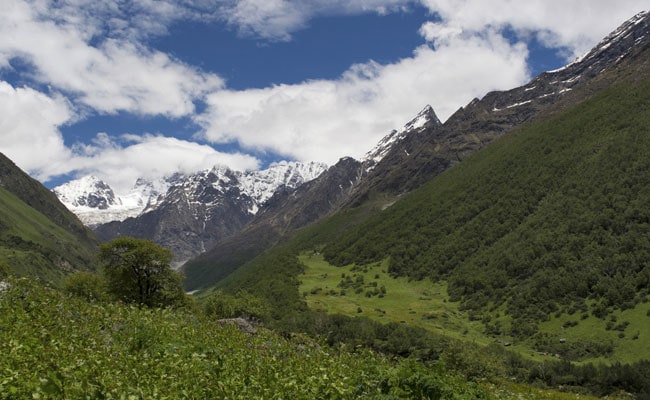 Nearly one lakh people across the state will be directly affected if the order is implemented.

The Uttarakhand High Court order banning night stay at high-altitude meadows and limiting the number of tourists visiting there would deal a major blow to the adventure tourism in the state and render nearly one lakh people engaged in trek and mountaineering expeditions jobless, said trade insiders today.

"Nearly one lakh people across the state will be directly affected if the order is implemented. Tourism, especially the adventure tourism, is the sole means of livelihood in the hills and an order like this amounts to indirectly asking tourists not to come to the state," Mr Garhwal Himalayan Trekking and Mountaineering Association president Jayendra Singh Rana said.

It would deprive many of their livelihoods and force migration from the hills, he said.

The entire population of villages through which trekking and mountaineering expeditions are conducted are involved in one way or the other in the exercise and the restrictions like this will hit them badly, he said.

Joshimath Adventure Association member Dinesh Uniyal said the regulated tourism which prohibits activities posing a threat to the ecological balance of the Himalayas like littering the bugyals (grasslands) with non-biodegradable materials like plastic is perfectly okay.

But, limiting the number of tourists entering the bugyals at a given time to 200 and banning night stay would force the people associated with the trade to shut shop and go elsewhere in search of livelihood, he added.

"On one hand, there is an emphasis on creating jobs to stop people's migration from the hills, but on the other, the restrictions like these will deprive them of their jobs and force them to migrate," he said.

"My view is that before any such step is taken, all stakeholders and people associated with the trade should be taken into confidence," Uniyal said.

The Uttarakhand High Court on August 21 ordered the state government to remove all permanent structures from the alpine and sub-alpine meadows and grasslands, including Aali-Bedini-Bagzi Bugyals (grasslands) in the state within three months.

A bench of justices Rajiv Sharma and Lokpal Singh also limited the numbers of tourists visiting the meadows at a given time to 200, while putting a complete ban on night stays.

The order also banned commercial grazing of cattle on all types of alpine meadows, permitting only local shepherds to graze their cattle in reasonably limited number.

The order also directed all district magistrates in the state to ensure removal of plastic water bottles, cans and other garbage materials from the meadows within six weeks.

A trek operator in Uttarkashi district, which has many trekking zones, said the numbers of tourists visiting the area has already gone down substantially in the last two years after the Gomukh to Uttarkashi stretch was notified as eco-sensitive zone, restricting many activities in the area.

"A ban on the night stay at meadows and limiting the number of tourists visiting one to just 200 will be the last nail in the coffin of the people associated with the trade of trekking and mountaineering," Uttarkashi's Snow Spider Trek proprietor Bhagwat Semwal told PTI.

"There has been a 70 per cent fall in the number of tourists visiting the national park and reserve forest areas of Uttarkashi due to the high costs and various other formalities involved, so much so that the low budget tourism is almost over. The new restrictions will be the last nail in the coffin of the people in tourism business," he said.

Mr Semwal said the state government should find a middle-of-the-path solution, taking care of both the fragile ecology of the Himalayas and the livelihood of the people in the state.

The Garhwal Himalayan Trekking and Mountaineering Association president Rana said the association is studying the implications of the high court order and weighing the legal options.