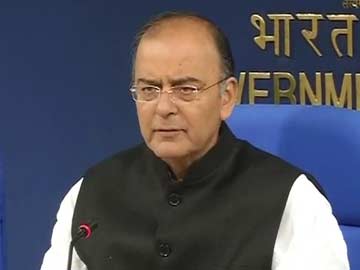 New Delhi: No government bungalow will be made available for a memorial, Finance Minister Arun Jaitley announced on Saturday.

"Henceforth no bungalow will be made available for a memorial for any person," Mr Jaitley told media persons at a briefing following a cabinet meet chaired by Prime Minister Narendra Modi.

The decision came against the backdrop of Rashtriya Lok Dal (RLD) Chief Ajit Singh's recent protest against orders to vacate his government allotted bungalow and demanding that it be converted into a memorial for his father and late Prime Minister Choudhary Charan Singh.

Promoted
Listen to the latest songs, only on JioSaavn.com
Mr Jaitley also announced that events to mark Mahatma Gandhi's birth and death anniversaries, which were organised by the Rajghat Committee, will now be organised by the central government.

Events to mark the birth and death anniversaries of other national leaders will be organised by trusts, family members and private committees, he said.