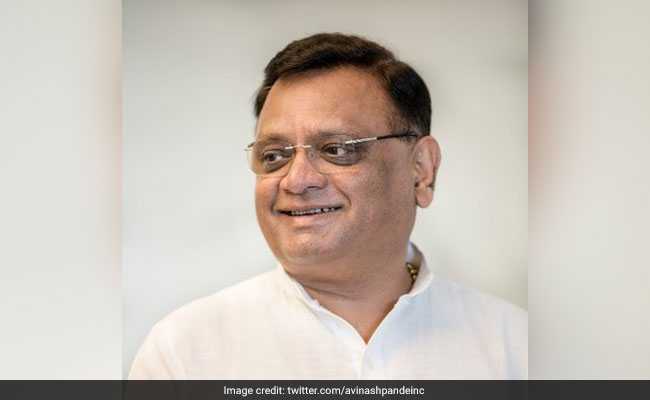 All Congress leaders in poll-bound Rajasthan were "on the same page" and working unitedly for the victory of the party, AICC incharge of the state Avinash Pande has said amidst reports of infighting.

He also said a call was yet to be taken within the Congress on whether to go in for an alliance with the BSP and other parties in Rajasthan.

The AICC general secretary, however, asserted the party organisation was geared up and practically prepared on all the 200 constituencies of the state.

Mr Pande told PTI here that the party was focussed on not just getting a simple majority, but on winning big in the assembly polls slated for later this year.

Asked if infighting could hamper the Congress' chance in the assembly polls, he said, "I should make it very clear on record that there is no infighting that the opposition and the media try to project. In Rajasthan, all the leaders are working together for the common goal of forming a strong government."

Citing the example of the Congress's 'sankalp yatra' in the state, he said all leaders were moving together, addressing the masses, workers, and the message was "loud and clear" all the leaders were united under the leadership of party president Rahul Gandhi and don't have any differences.

"Rajasthan has got many senior leaders. While we have got a young leader in Sachin Pilot, we also have a very experienced face in Ashok Gehlot ji.

"We also have the very experienced and orgnaisationally strong C P Joshiji, Girija Vyas ji. Then we have Bhanwar Jitendra Singh,  Namo Narain Meena ji. They are all on the same page and trying unitedly for the victory of party in Rajasthan," Mr Pande said.

The Congress has repeatedly dismissed reports of factionalism in the party in Rajasthan, projecting a united front.

Mr Pande had warned Congressmen in July against making unwarranted statements after a leader had spoken in favour of Ashok Gehlot as CM candidate.

On the party taking the line that it will not declare a CM face, Mr Pande said the Congress has never declared the CM face anywhere, barring the exception of one or two places.

"It has been the tradition of the Congress that it contests elections on its manifesto under the leadership of the national president and leadership, and at the state level, all the leaders come together and jointly fight the elections," he said.

Asked about the status of alliance for the polls, he said no talk or discussion, specifically on Rajasthan, has taken place so far with the BSP or any other party.

Talking about the issues the Congress is likely to project in the run up to the assembly election, Mr Pande said the priority was farmers' issues, unemployment, problems faced by the middle class, and the education system among others.

"Overall picture in Rajasthan is that people have already lost hope with the present government and are looking at the Congress," he claimed.

Mr Pande asserted that the assembly polls in Rajasthan will have a major impact on the 2019 general election because they will indicate the direction in which the whole country, including the common man, is thinking.