No Earthquake Forecast for India by NASA, Says Government 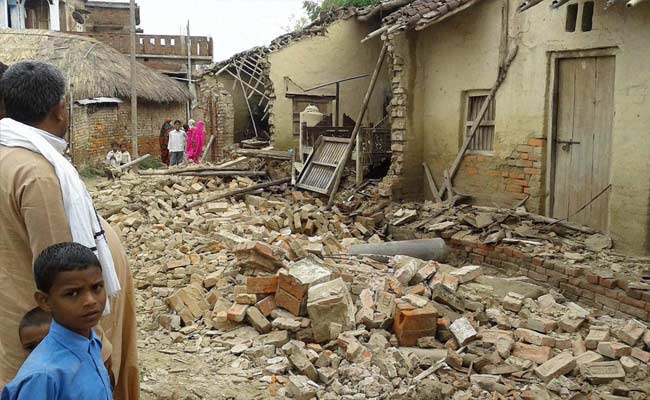 A view of collapsed houses due to earthquake in Madhubani, Bihar on Sunday. (Press Trust of India)

New Delhi: The NASA has made no earthquake forecast for India, the government said today, and asked people to ignore text messages with a "fake" prediction of a strong quake to hit north India.

"It is fake. The National Aeronautics and Space Administration (NASA) cannot predict earthquakes. Such messages are only seeking to create panic among people," a seismologist at the India Meteorological Department (IMD) told IANS.

Scotching the rumours, the IMD said the Indian government had received no such intimation from the US.

"No country can predict earthquakes. The technology has not advanced so much as yet. There is some research going on in China, but even they have not reached any substantial result," the official said.

Promoted
Listen to the latest songs, only on JioSaavn.com
Purported as a NASA forecast, a text message is doing the rounds among mobile phone users in parts of India reads: "North India will face next earthquake at 8.06 p.m... The next richer (Richter) scale of earthquake will be 8.2. News from NASA. Plz forward message as much as u can."

The government has also clarified that "there is no substance in such messages", adding "it is not possible to forewarn unless the earthquake has actually struck".
Comments
Fake Earthquake ForecastNASAEarthquakeNepal earthquakeIMDEarthquake in Nepal