He alleged that efforts would be repeatedly made to change the agenda of elections from development to casteism and communalism and false propaganda. 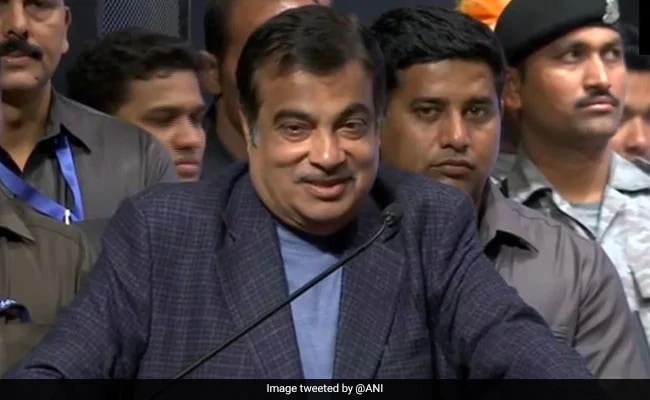 Nitin Gadkari claimed opposition parties talking about unity were united only in opposing the BJP. (FILE)

Alleging that the opposition parties who are talking about unity are united only in opposing the BJP, Union Minister Nitin Gadkari on Tuesday said they should debate on the basis of manifesto and performance.

"Why you don't come forward? Our programme is to work for the welfare of village, poor and worker and farmer. Definitely discuss that," he said.

He alleged that efforts would be repeatedly made to change the agenda of elections from development to casteism and communalism and false propaganda.

The BJP's effort is to seek votes for the NDA government on the basis of what it has done and what it intends to do and to work for the welfare of the poor, the farmers and workers, he said.

Those who were not used to even wish each other are now coming together in opposing BJP and Prime Minister Narendra Modi, he alleged.

Can a "khichdi government" comprising those lacking mutual understanding ensure the development of the country, he asked.

Mr Gadkari, who spoke elaborately on the performance and schemes of the NDA government in various sectors, expressed confidence that it would be re-elected.

"The country's image is changing. If the performance of our government is to be counted, I can speak for two hours more...," he said.

The senior BJP leader alleged that BJP's rivals, including the Congress, are creating a fear in the minds of Muslim minorities against the BJP-led NDA government instead of discussing the government's performance.

"That's why, our rivals are not discussing our performance, programmes, the work of our government and implementation. Their capital is fear.

"They are creating fear in the minds of Muslims. This government of Modiji, BJP will... and send to Pakistan, choose Congress to stay safe," he said.

Dalits and Adivasis are being told that the NDA government is against them, he said.

The opposition parties are talking about forming an alliance out of fear that they would be able to defeat BJP by coming together, he claimed.

He expressed confidence that BJP can achieve a major victory in Telangana as well if the party's activists can convince people about the good work of the NDA government.

"Also remember that when the competence to convince ends, then (attempt) to confuse begins," he said, alleging that opposition and some sections in the media show statements out of context in a way that confuse the party's activists and supporters.

"I don't say all are like that. It's okay. All have rights in a democracy," he said.

He also said the BJP-led NDA government gave a corruption-free rule, without discriminating among states on political considerations.

The party worked for the welfare of people without the narrow considerations of caste, creed or religion, he said.