Nirmala Sitharaman's Attack Gets A Pointed Comeback From P Chidambaram

Nirmala Sitharaman had charged the Congress with "playing up the card of religion and communal division" and expressed "fears" that it could lead to the kind of division and communal disharmony which prevailed during the Partition in 1947. 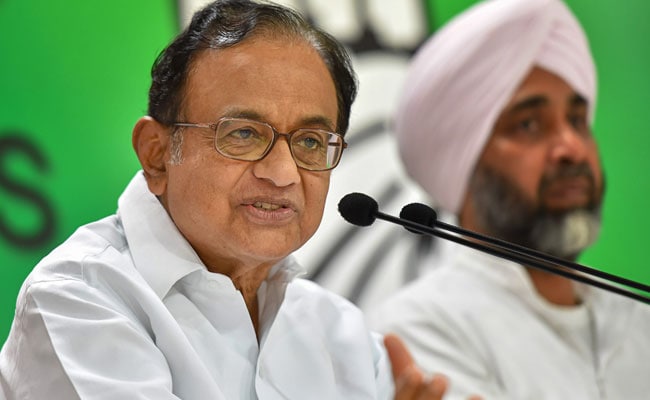 P Chidambaram pointed that the defence minister had all the time to inquire into religious affiliations.

BJP leader Nirmala Sitharaman's offensive against the Congress for a reported comment by party chief Rahul Gandhi at a meeting with Muslim intellectuals has drawn a strong rebuttal from his party. The Congress says the defence minister had relied on an incorrect news item in a vernacular newspaper to attack the party to polarise the 2019 election. On Saturday, former Union Minister P Chidambaram also weighed in on Twitter, advising the senior BJP leader to right away pass on her "secret" information about plans to incite riots to the Home Minister.

The Defence Minister says there are 'plans to incite riots in the run-up to Lok Sabha election'. She should share her secret (?) information with the Home Minister.

"We fear that there could be a conspiracy for riots in communal sensitive areas," she said, scaling up the rhetoric. She had also insisted that the Congress president couldn't be "Janeu-dhari (a Hindu who wears the sacred thread) at one point... Muslim-dhari at another", a reference to Mr Gandhi's temple run during assembly elections in Karnataka and Gujarat.

Mr Chidambaram, dialled up the sarcasm, pointing the defence minister had all the time to inquire into the religious affiliations of parties and persons "after taming Pakistan, eliminating terrorism, stopping infiltration and acquiring Rafale aircraft".

It was a swipe at Ms Sitharaman and the government, which according to the Congress, had stepped up the rhetoric on fighting terrorism and modernising the defence forces when the party was in the opposition but has miserably failed to deliver.

As the Congress and the BJP leaders spar over Nirmala Sitharaman's statement on Friday, Bihar Chief Minister Nitish Kumar's party Janata Dal United gave them both some advice.

Without naming either parties, KC Tyagi, the JDU spokesperson underlined that statements and controversies around communal issues during elections would block the debate on social and economic issues.