Nirav Modi arrest: UK had issued a warrant against Nirav Modi following a request from India's Enforcement Directorate for his extradition. 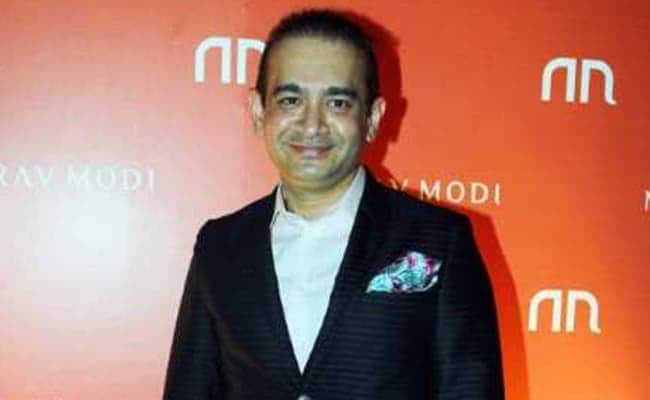 Nirav Modi, arrested in London, was produced in a court today. (File)

Fugitive billionaire jeweller Nirav Modi's arrest in London has not impressed the opposition back home in India. In their first response to the move, opposition leaders said the arrest was mere symbolism ahead of Lok Sabha elections and that the government deserved no credit for the arrest.

West Bengal Chief Minister Mamata Banerjee said, "This is a ploy of the BJP. The credit must go to the London Telegraph journalist who exposed Nirav Modi. It is a got-up match. No credit goes to the BJP government."

It's amusing to see the BJP falling over itself to credit the PM with the Nirav Modi arrest while completely ignoring the fact that it was The Telegraph of London & it's correspondent who found Nirav Modi, not the PM & his agencies.

It takes a special kind of hubris to roam around Oxford Street without a care in the world the way #NiravModi was. It's no wonder it caught up with him.

Union Ministers Ravi Shankar Prasad and Hardeep Singh Puri, however, hailed the arrest as an achievement for Prime Minister Narendra Modi. "You can run, but cannot hide from the country's #Chowkidar. As wheels of justice grind, after Vijay Mallya, fugitive Nirav Modi has been arrested in London. Clear sign that this is not the India which will allow economic offenders to loot the country & evade the long arm of law (sic)," Mr Puri tweeted. 'Chowkidar' or watchman is the term that the BJP is using for PM Modi in the run up to the elections to promote his image of an anti-corruption crusader.

Nirav Modi was arrested in London on behalf of the Indian authorities and produced in court today. He has been sent to jail till the next hearing on March 29. India had asked Britain in August to extradite the fugitive jeweller, one of the main suspects charged in the Rs 13,000 crore loan fraud at state-run Punjab National Bank (PNB), India's biggest banking fraud.

Police said Nirav Modi, 48, had been arrested in the Holborn area of central London on Tuesday and was due to appear at London's Westminster Magistrates Court on Wednesday.

Nirav Modi and Mehul Choksi, who have both denied wrongdoing, left India before the details of the fraud became public.

Three days ago, UK issued a warrant against Nirav Modi following a request from India's Enforcement Directorate for his extradition. But a decision on his extradition cannot be taken without a long-drawn legal process, as is happening in the case of another high-profile Indian businessman, fugitive liquor baron Vijay Mallya.

In December, a British court agreed Vijay Mallya, could be extradited to his homeland to face fraud charges. Vijay Mallya is currently appealing the decision.