The locations where searches were conducted by the agency include Gonda in Uttar Pradesh, Sikar and Jaipur in Rajasthan, Delhi, Valsad and Surat in Gujarat and Kasargod in Kerala. 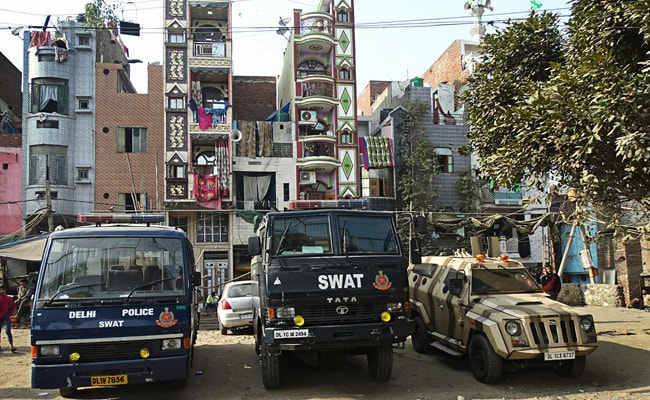 The locations where searches were conducted by the agency include Gonda in Uttar Pradesh, Sikar and Jaipur in Rajasthan, Delhi, Valsad and Surat in Gujarat and Kasargod in Kerala.

As per the case, some Delhi-based individuals were receiving funds from the terror operatives based abroad and using the same to further terror activities. Falah-i-Insaniyat Foundation was established by Jamaat-ud-Dawa of 26/11 Mumbai attacks mastermind Hafiz Mohammad Saeed, who is a designated "global terrorist".

The US also designated FIF as a terrorist entity in 2010. It is a front-end organisation of Lashkar-e-Taiba (LeT), a terror organisation proscribed under the Unlawful Activities (Prevention) Act (UAPA). It was founded in 1990 by Hafiz Mohammad Saeed.

To date, four accused have been arrested by the NIA in connection with the case. "The investigation is continuing to unearth the larger conspiracy, to collect evidence and to arrest the other accused persons," said the NIA official.

The NIA on Monday arrested suspected LeT member Mohammad Hussain Molani, 43, from Jaipur airport in Rajasthan after his arrival from Dubai on Sunday.

Molani, a resident of Kuchaman city in Rajasthan's Nagaur district, had been evading arrest and living in Dubai. The agency had earlier issued a lookout circular against him. He was produced before a special NIA team in New Delhi on Monday and remanded to nine-day custody.

The NIA said it busted FIF terror funding module during searches at multiple places in Delhi on September 25, 2018. The agency had earlier arrested Mohammad Salman, 52, alleged hawala operator, Salim, 62, and Sajjad Abdul Wani, 34, in connection with the case.