Next Chief Minister Will Be From Shiv Sena: Congress Leader

Manikrao Thakare also said that the three parties will sit today to clarify some issues and will decide when to approach Governor Bhagat Singh Koshyari to stake claim for forming government. 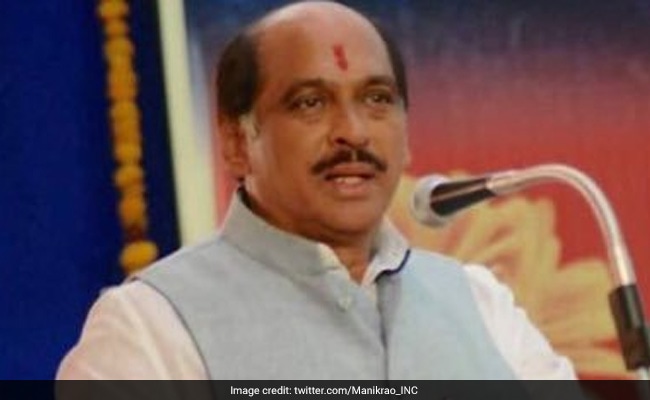 The next Maharashtra Chief Minister will be from the Shiv Sena and the Sharad Pawar-led Nationalist Congress Party (NCP) has not demanded the top post during state-level meetings on government formation, Congress leader Manikrao Thakare said today.

Sources suggested that the Chief Minister's post may go to the Shiv Sena for five years.

Manikrao Thakare also said that leaders of the three parties will sit together today to clarify some pending issues and also to decide the time to approach Governor Bhagat Singh Koshyari to stake a claim for forming the government.

"The Chief Minister will be from the Shiv Sena...The NCP did not demand the chief minister's post at the state-level meetings. The Congress, too, did not make any such demand," he said.

He made the statement before attending a joint meeting of the Congress and NCP with their pre-poll small allies in Mumbai.

Asked whether the chief ministerial post will remain with the Shiv Sena for five years, a senior Congress leader said, "It may happen so. Don't think anyone else (other than the Shiv Sena) will insist on it (five-year term)."

Meanwhile, Manikrao Thakare said the Shiv Sena, NCP, and Congress are holding their internal meetings and will decide the timing of their joint meeting later.

The Congress is also scheduled to elect its legislature party leader later in the day.

A motley alliance of the once-rival parties is being stitched in Maharashtra, which has been placed under the President's rule since November 12.

The BJP and the Uddhav Thackeray-led Shiv Sena had contested the October 21 Maharashtra Assembly polls jointly and won 105 and 56 seats respectively.

However, the partners fell out after the Sena persisted with its demand for sharing the Chief Minister's post on a rotational basis.

Now in a bid to form a government, the Sena is in talks with the NCP and Congress, who have won 54 and 44 seats respectively in the 288-member Maharashtra Assembly.