The Punjab minister, who was excited to be part of the swearing-in of his "close friend" is yet to react to this development 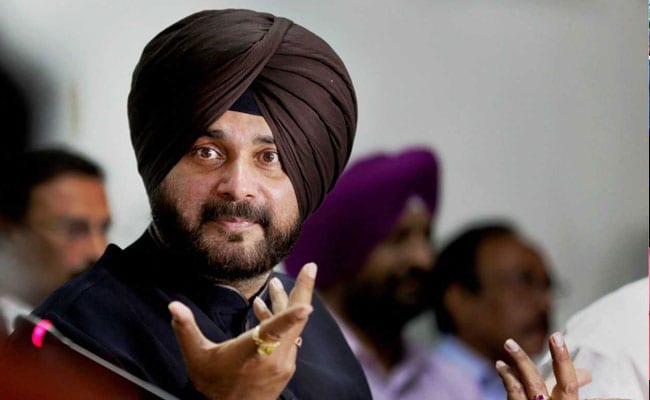 Navjot Singh Sidhu said that if allowed, he will definitely go for Imran Khan's oath-taking ceremony.

As Pakistan preps to get a flamboyant Prime Minister in Imran Khan, actor Aamir Khan and former cricketers Sunil Gavaskar, Kapil Dev and Navjot Singh Sidhu, who were personally requested by the cricketer-turned-politician to attend his oath-taking ceremony, aren't invited anymore.

The Oxford-educated politician's party Pakistan Tehreek-e-Insaf (PTI) has now said that it is not inviting any actors or cricketers for the August 11 ceremony. The PTI spokesperson had on Wednesday said that official invites would go to Mr Khan's friends, but on Thursday the party decided to go for an "extremely simple" and "austere" event.

The Punjab minister, who was excited to be part of the swearing-in of his "close friend" is yet to react to this development.

"It's an honour to be among the first invitees," Mr Sidhu, also a cricketer-turned-politician like Imran Khan, had said at Chandigarh Press Club on Thursday.

While Prime Minister Narendra Modi won't be attending the ceremony, the Punjab minister had said "if he was allowed, he would definitely go". He had also clarified that it was a personal invitation, and he was yet to receive an official one.

A smitten Mr Sidhu had even likened Imran Khan to a Greek god. "We have shared a special relationship since 1983. I had heard that he was a Greek God, but when I first saw him, I felt that if there were parameters to assess looks, he was ahead of a Greek god," the Congress leader said.

The fan in Mr Sidhu added that Imran Khan as Prime Minister would usher in an era of hope. It will be a new dawn for Pakistan, he said.

"Imran Khan has exhibited great character during crisis. He saw opportunities in adversities. When he won the World Cup, Pakistan was on the verge of being thrown out. But he turned things around," Mr Sidhu said.

Imran Khan's PTI emerged as the single largest party in Pakistan's national assembly after the July 25 general election in the country. However, it is still short of numbers to form the government on its own.

The Pakistan Tehreek-e-Insaf is reportedly in talks with other political parties and independent candidates in a bid to woo them to join its ranks to form a coalition government at the centre.

Calling him a trustworthy politician, the former batsman added, "When you look at him, you want to trust him. When his mother died of cancer, he constructed a cancer hospital where world-class doctors now treat patients for free. It tells you the intention of the man. From winning one seat to becoming the prime minister, he has risen from the scratch. He didn't bow down when he faced rejection. I have seen him turn weakness into his strength, obstacles into stepping stones, and disaster into triumph. He fought the system and today he has been empowered to change the system."

Ties between India and Pakistan have remained tense since the Mumbai terror attack in 2008, and worsened after the Uri terror attack by Pak-based terrorists.

The terror attacks by Pakistan-based groups in 2016 and India's surgical strikes on terror launch pads across the Line of Control and more recently the death sentence given by a Pak military court to retired naval officer Kulbhushan Jadhav, who was kidnapped from Iran while on a business visit, further deteriorated ties between the neighbours.

Imran Khan's arrival will change the relationship dynamics between the two neighbours, Mr Sidhu is certain. "When there is, acrimony, the ice needs to melt, someone needs to make a beginning. He can give wings to our aspirations. The past is a bucket full of ashes and I see this as an opportunity of bonhomie and peace," he said.

Mr Sidhu is also bullish about the economic prosperity. "Collaboration can accelerate progress in both the countries. There are infinite possibilities with Khan sahab," he said.