Uddhav Thackeray said that issues like citizenship amendment act (CAA) were being raised to "divert attention" of the people from real issues like "lack of security to women, unemployment and a farm crisis". 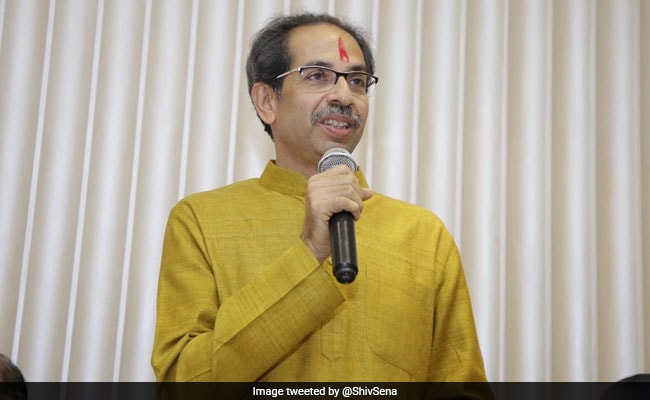 Maharashtra Chief Minister Uddhav Thackeray on Sunday criticised former ally BJP over allowing persecuted minorities into India under the new citizenship law, saying it is an "insult" to Vinayak Damodar Savarkar who sought to bring land from the Sindhu river to Kanyakumari under "one country".

Addressing a press conference on the eve of the winter session of the state legislature, Uddhav Thackeray said that issues like Citizenship (Amendment) Act (CAA) were being raised to "divert attention" of the people from real issues like "lack of security to women, unemployment and a farm crisis".

He said the Citizenship (Amendment) Act is against the principles of Savarkar- a proponent of Hindu rashtravad (nationalism) who is revered by the Sangh Parivar.

"Savarkar had demanded to bring land from the Sindhu river to Kanyakumari under one country. Instead of doing that, the BJP-led Central government is simply accepting persecuted minorities into India by defying Savarkar, which is an insult to him," said Uddhav Thackeray who heads the Shiv Sena.

The Sindhu or Indus river, which originates in the Tibetan Plateau, runs a course through Ladakh towards the Gilgit-Baltistan region Hindukush ranges and then flows in a southerly direction along the entire length of Pakistan to merge into the Arabian Sea near the port city of Karachi.

"Is the CAA based on ideology? What about violence which erupted over it? The Citizenship (Amendment) Act is against the views of Savarkar..Instead of trying to corner the Sena why the BJP is not aggressive on Savarkar like it is on the citizenship law?"  he asked.

A day earlier the Sena had reacted strongly to Rahul Gandhi's barb against Savarkar.

When asked about the implementation of the CAA in Maharashtra, Uddhav Thackeray said that will be dependent upon the ruling of the supreme court.

"We are checking the legality of the new law. Some people have challenged the Citizenship (Amendment) Act in the Supreme Court. We are waiting to find out whether the new act fits the framework of Constitution or not," he said.

"Our queries on the new law still remain unanswered. We will decide (whether to implement the CAA or not) on the decision of the court," Uddhav Thackeray added.

Non-BJP ruled states like Kerala, West Bengal and Punjab have decided against implementing the Citizenship (Amendment) Act. Last week, the Sena had voted in favour of the new law in the Lok Sabha. However, the party later did an about-turn and walked out from the Rajya Sabha, apparently after the ruling ally Congress expressed displeasure over Sena's stand in the Lower House.

Uddhav Thackeray's comments on the CAA came a day after a firestorm erupted over Congress leader Rahul Gandhi's remarks against the Hindutva icon.

Addressing a Congress rally in Delhi on Saturday, Rahul Gandhi had rejected the BJP's demand for an apology over his "rape in India" barb and added that his name was Rahul Gandhi, not "Rahul Savarka", and he will never apologise for speaking the truth.

Uddhav Thackeray said the BJP-led Central government has created an "atmosphere of fear" in the country in the name of persecuted minorities who will be granted Indian citizenship under the new law and has put the real issue aside. As per the amended citizenship law, members of Hindu,  Sikh, Buddhist, Jain, Parsi and Christian communities who have come from Pakistan, Bangladesh and Afghanistan till December 31, 2014, and facing religious persecution there will not be treated as illegal immigrants, but given Indian citizenship.

The passing of new law has stirred protests in Assam, West Bengal, Delhi and other parts of the country.

"If minorities were being persecuted in those neighbouring countries, the Central government should have asked those countries why so-called atrocities committed were against them," he said.

The chief minister further said that his government was accountable to the people and not to the BJP-led Opposition, which boycotted the customary tea party on the eve of the session on Sunday.

"We always honour commitments and never break them," he said in a dig at the BJP. Responding to a query, the chief minister said, "No development work had been stayed except the metro car shed in Mumbai's Aarey Colony".

Queried on the status of the state's financial health, the CM said that the facts will be brought before people after reviewing the financial condition of the state.