National award-winning filmmaker Srijit Mukherji's has said that his movie ''Gumnaami'' is based on theories surrounding Netaji's disappearance. 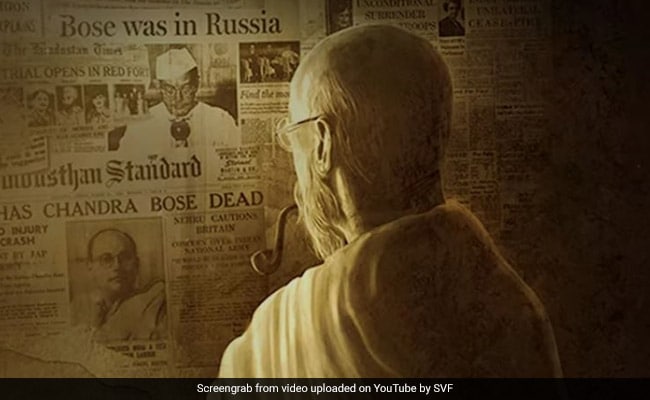 "Gumnaami" has been cleared by the Central Board of Film Certification.

A film based on theories surrounding Netaji Subhas Chandra Bose's disappearance, has landed in trouble, with his family claiming that "a defamatory campaign was being made to malign the image of the legendary leader".

National award-winning filmmaker Srijit Mukherji has said that his movie ''Gumnaami'', which has been cleared by the Central Board of Film Certification, sought to project all three theories surrounding the "disappearance" of Netaji in a balanced manner.

A statement signed by 33 members of the Bose family, contended that "a long-running and sinister campaign is being organised... which features a penniless recluse known as Gumnami baba, who left behind trunkloads of Netaji-related fake collectibles".

It also said that "a misleading and defamatory campaign was being made to malign the image and legacy of the legendary leader".

Noting that Justice Mukherjee Commission of Inquiry of 2005 provided conclusive proof through DNA testing to establish there was no match between Netaji and this Gumnami baba, the letter demanded "an end to the campaign".

"Even if you discount a theory, you have to give references; you have to mention it... We have no intention to insult Netaji, we have shown our respect to him in the film. It is a democracy, a filmmaker has every right to show all possible theories and talk about the mysteries surrounding the great icon, we are all proud of," Srijit Mukherji said.

"We have made the film from three standpoints and left it for the audience to decide. The film, once released, will prove that," he said added.

Different theories have swirled around Netaji's disappearance in 1945, with one being that he returned to India and lived under the guise of ''Gumnami Baba'', a reclusive Sadhu, in Uttar Pradesh's Faizabad. Some others have claimed that he died in a plane crash.