Karam Dam one of many being probed, BJP has said; wider scam pegged at Rs 3,000 crore; minister says won't spare guilty "even if from our party" 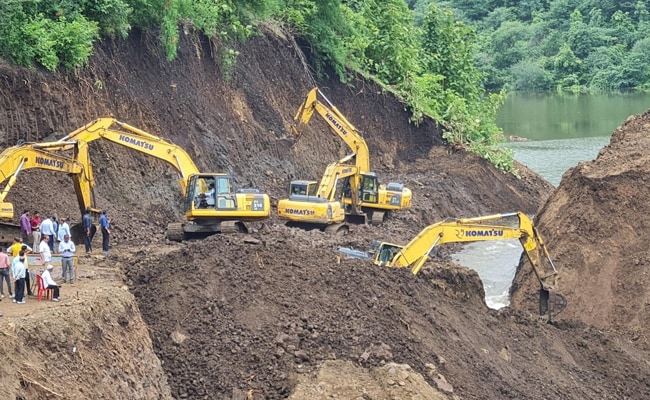 Emergency channels had to be dug to release water from Karam Dam reservoir after heavy rain.

Madhya Pradesh's Karam Dam, at the centre of a near-catastrophe after cracks earlier this week, has been in the headlines for leaks earlier too — of public money, that is. Its part-collapse after heavy rain brings back into focus the e-tendering scam that is being investigated for four years and counting.

The scam took place allegedly during the previous BJP governments. The Congress — which came to power in 2018, only to lose it in 15 months after a BJP-backed mutiny — had listed it among the many "wrongdoings" of Shivraj Singh Chouhan's multiple tenures.

NDTV reported in 2018 about the tampering of the online system, at which the then BJP government ordered a probe ahead of the assembly polls. But a police case was registered only a year later, under the Congress's Kamal Nath-led government. He pegged the losses at Rs 3,000 crore.

It could be higher. The system has been in place since 2014, which means the scam's shadow runs over scores of tenders for nearly Rs 3 lakh crore.

The probe hasn't progressed much ever since Shivraj Singh Chouhan managed to topple the Congress government in March 2020. The police have booked officials of some companies which were awarded the tenders. Two IT companies carrying out the work have also been blamed.

The closest that cops have come to touching anyone political is when they arrested two private secretaries of senior minister Narottam Mishra, who held the Water Resources portfolio in the past. But the secretaries, who got bail, remain posted with him. He has denied any connection with the scam and said in the past, "They started the game. We will finish it," in a cryptic reference to the Congress.

The Rs 304-crore, much-delayed Karam irrigation project in Dhar district is among those being probed, the state government has acknowledged in the assembly.

The ₹ 113-crore dam is one part of this irrigation plan, which includes canals.

Contract for the dam was first awarded to a Gujarat-based company, but was cancelled after the scam came to light.

A Delhi firm then got the tender. Work began in August 2018. It was to be completed in three years, meaning August last year.

Delay aide, something odd happened at the outset, when the Delhi firm hired another firm from Gwalior for a part of the work. This Gwalior firm took this up for Rs 99.86 crore — 14 per cent lower than what the Delhi firm had quoted to the state, meaning that the government overpaid.

This work, too, was washed away earlier this week. Project insurance may save the contractor from utter loss, though.

People from 18 villages had to be shifted out after the dam developed cracks on August 11. It could not handle the water in its reservoir. After channels were dug to release the water, danger to lives was averted, but a portion of the dam was washed away.

Other such, smaller incidents have happened with alarming frequency. Last year, bridges and culverts worth Rs 35 crore were washed away due to heavy rain. These had been built within the last three years.

More recently, a part of the Begumganj-Haidergarh bridge caved in on Monday.

The Rajghat dam on the state's border with Uttar Pradesh has deteriorated awaiting inauguration. Neither state paid the Rs 50 crore needed for finishing.

For the Karam cracks, the government has formed an investigation team.

Yet, the larger question of corruption remains. 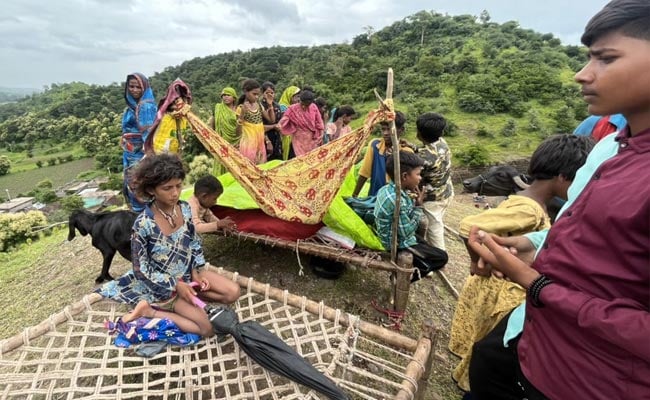 People near Karam Dam returned home after water was released without affecting lives.

Water Resources Minister Tulsi Silavat said, "There's no truth in the allegation that BJP leaders are close to the Delhi company building the dam."

"It does not matter who was here before me. I just know will not spare the guilty, even if they belong to our party. I want the truth to be out in the e-tendering scam," he told NDTV.

Congress leader Kamal Nath has visited the villages that were in danger due to the Karam Dam crack. "There is termite of corruption in the whole state — from panchayat to the ministries," he alleged. "This was the first heavy rain of the season, and they had to do this drama of making channels to release the pressure. Who knows how many dams, bridges and culverts will explode."

Further, Leader of Opposition Govind Singh and former minister Vijaylaxmi Sadho accused the BJP government of fostering corruption in the construction of the dam since 2018.

"Delhi-based ANS Construction was initially allotted the contract for constructing the dam in 2018, but the actual construction work was being carried out by another, Sarthi Construction. Both these companies were black-listed in 2016-17 and 2018 respectively. On whose instructions were the two blacklisted companies tasked with building the dam?" the two senior Congress leaders alleged at the state party headquarters in Bhopal on Wednesday.

Mr Singh alleged that Sarthi Construction's promoter Ashok Bhardwaj was the mastermind who engineered the defection of Congress MLAs in 2020 which led to the fall of the then Kamal Nath government.

"The BJP needs to come clean on the ties between state's home minister Narottam Mishra and Sarthi Construction promoter Ashok Bhardwaj. We have many pictures of the state home minister with Mr Bhardwaj. We also have evidence on Mr Bhardwaj being introduced as a BJP leader before the media," Ms Sadho claimed.

Former Chief Minister and Rajya Sabha MP Digvijaya Singh added to the allegations. "Not only were the blacklisted companies assigned the contract, but the contract was finally sub-let to a contractor who is close to the state's home minister. Why is the Madhya Pradesh Chief Minister silent on this?" he asked.