RJD Vice President Raghuvansh Prasad Singh says that soon NDA will only be left with BJP after the will of NDA MLAs to switch sides. 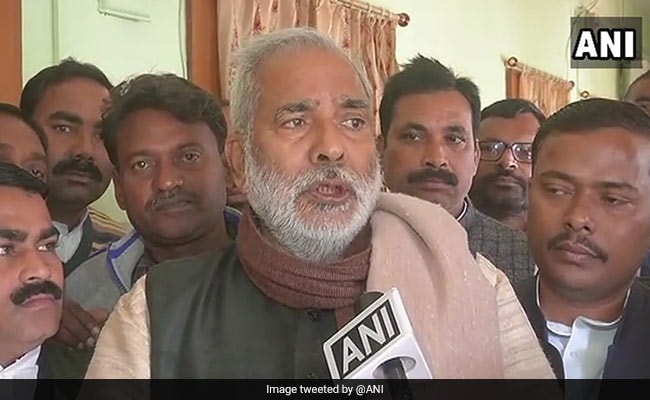 The opposition RJD in Bihar today claimed that there was a stampede-like situation within the NDA in Bihar with many legislators or MLAs of the ruling coalition willing to switch sides.

"The NDA is not heading for a mere split. It is going to face a stampede. Soon the NDA will be left only with the BJP. We have seen how its oldest ally, the Shiv Sena, is sulking". "A prominent ally like Andhra Pradesh Chief Minister and TDP supremo Mr. Chandrababu Naidu has pulled out".

"Similar things may happen in Bihar", Mr Singh said in Patna. He was replying to a query as to whether the RJD-Congress combine was anxious over the bonhomie that was on display during the interactions between Nitish Kumar and Amit Shah last week.

"Remember, only recently former chief minister and Hindustani Awam Morcha leader Jitan Ram Manjhi, who was earlier with the NDA, switched sides. More will follow at a suitable time. They are in regular touch with us," he said.

The NDA in Bihar consists of the LJP of Ram Vilas Paswan and the RLSP of Mr. Upendra Kushwaha, and Mr Singh did not specify MLAs of which party were in touch with the RJD.

He said, "About 25 MLAs have said they are ready to come out openly in support of the RJD-Congress combine".

The former union minister also flayed the Narendra Modi government for the tag of eminence given to the proposed Jio Institute and charged the BJP with having spent "thousands of crores" on building new offices and renovating existing ones besides providing logistics to booth level workers.

"All this is taking place when the backbone of the common man has been broken by the cumulative effect of GST, demonetisation and soaring fuel prices. Every day more than 20 farmers are committing suicide while about 200 are giving up farming," he said.

"A mass movement has become the need of the hour and we will soon come up with the detailed programme of such a movement," Mr. Singh said.

"Accept There Was A Chalta Hai Attitude": Maharashtra Minister On Covid