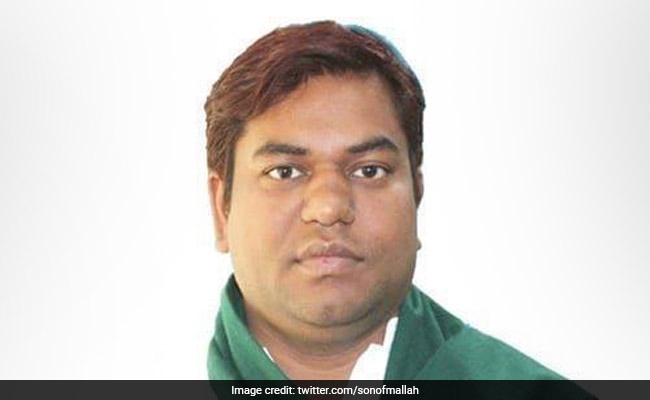 Bihar Minister and Vikassheel Insaan Party (VIP) Chief Mukesh Sahni skipped a meeting of the National Democratic Alliance (NDA) in Patna on the first day of the state's monsoon session Monday - a day after he was stopped on his way to install a statue of Phoolan Devi in Varanasi ahead of the UP polls.

Mukesh Sahni and four MLAs of his party skipped the meeting which was called after the proceedings of the house were adjourned for the day. Deputy Chief Ministers - Tarkishor Prasad and Renu Devi, President of Hindustan Awam Morcha (HAM) Jitan Ram Manjhi, and other ministers and legislators of the ruling coalition - BJP and JD(U) - attended the meeting which was chaired by Nitish Kumar

When asked about his absence from the NDA meet, Mr Sahni said, "There is nothing like NDA in Bihar. It seems that the National Democratic Alliance in Bihar means JD(U) and BJP only. What is the point in attending a meeting where the views of allies are not heard?"

He, however, said it was an internal matter of the coalition and asserted that "Nitish Kumar is our leader and VIP will remain an alliance partner of the NDA."

VIP, which had contested the last Assembly election in Bihar as a partner of the NDA, has four MLAs. Mukesh Sahni, who had lost the election was later given a place in the Cabinet and made a member of the Legislative Council.

The incident is being seen as a fallout of the Varanasi episode.

The VIP chief is miffed with the UP government since he was not allowed to exit the Varanasi airport on Sunday.

Mr Sahni, who was there to attend an event to install Phoolan Devi's statue on her death anniversary, was detained at the airport and sent back to Patna.

The Bihar minister in fact successfully erected 18 giant-size statues of the former dacoit-turned-politician in as many districts of UP to reach out to the nishad caste (fishermen) voters.

In a scathing attack on UP Chief Minister Yogi Adityanath, the VIP president said, "Yogi Adityanath Ji must understand that this is not the way a minister should be treated. It is not right to detain a minister. We are part of the NDA only in Bihar, not in UP. We have decided to contest on 165 seats in the upcoming UP Assembly polls."

"The High Court has put a restriction on the installation of statues in UP. Even Yogi ji can't do so," Bihar BJP president and MP Sanjay Jaiswal said about the incident.