"If there is any maritime activity that deviates from the norm or rule-based order, it can cause regional instability," Admiral Karambir Singh said. 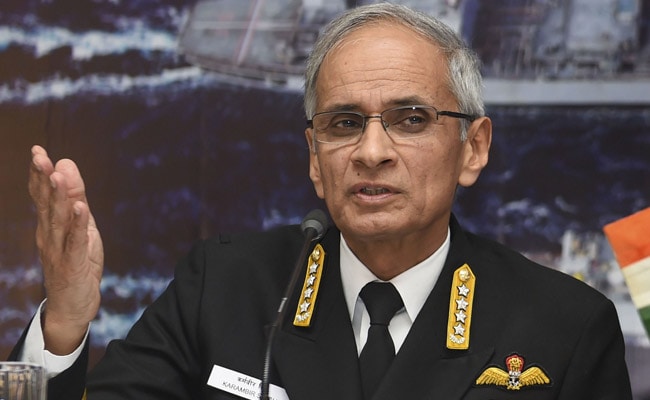 Admiral Karambir Singh said the situation is being monitored through "mission-based" deployments. (File)

The Chinese Navy's presence is rapidly increasing in the Indian Ocean region and the Indian Navy is keeping a watch over the developments through "mission-based" deployments, Navy Chief Admiral Karambir Singh said on Wednesday.

The Navy chief asserted that China's Belt and Road Initiative and the China-Pakistan Economic Corridor impinge on India's sovereignty.

Speaking at a panel discussion at the Raisina Dialogue in New Delhi, Admiral Singh also said that there have been instances when People's Liberation Army (PLA) ships have entered India's exclusive economic zones and the Navy has told them that it impinges on Indian interests.

Asked if China has abided by India's assertions when such incidents have taken place, Admiral Singh said in one such incident, recently, "we acted then, they respected and moved out".

His remarks were in reference to the incident in which a Chinese naval ship was driven away from India''s Exclusive Economic Zone in the Andaman sea.

Djibouti is a reality, Gwadar is on and more places are to come, he said, speaking on China's growing presence.

"We have placed our ships in mission-based deployments so that we get an idea what are the activities, not only of China but of all other countries. If anything impinges on our national interest or sovereignty, we will have to act," the Navy chief said.

"To my mind, if there is any maritime activity that deviates from the norm or rule-based order, it can cause regional instability. That is what we are looking for," he said.