"Will Fight National Elections, State Polls On Our Own": Naveen Patnaik

On criteria for choosing candidates for the Lok Sabha elections, the BJD chief said winnability will be the yardstick. 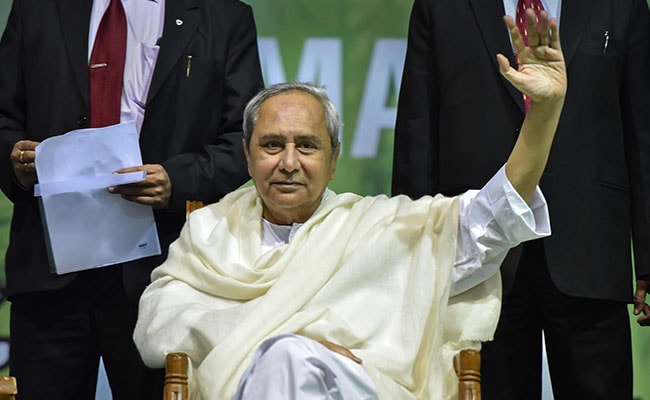 Naveen Patnaik's ruling out a pre-poll alliance is in line with the BJD's known policy. (File)

Biju Janata Dal president and Odisha Chief Minister Naveen Patnaik on Tuesday said his party will contest the Lok Sabha and state assembly polls on its own.

Mr Patnaik's ruling out a pre-poll alliance is in line with the BJD's known policy of keeping equal distance from national parties BJP and Congress, and groups led by them.

"We will fight the elections on our own," he told reporters when asked if there was any likelihood of the BJD entering into a tie-up with other political parties for the parliamentary and assembly elections in the state.

On criteria for choosing candidates for the Lok Sabha elections, the BJD chief said winnability will be the yardstick.

"Selection of candidates will be based on winnability," he said.

The chief minister has already expressed confidence that the BJD will perform "very well" in the general and state elections.

On Monday, Mr Patnaik had said the process for selection of candidates for the the Lok Sabha and state assembly polls was on and that a list of nominees would be finalised very soon.

The regional political party will field candidates in all the 21 parliamentary and 147 assembly constituencies in Odisha.

In the 2014 elections, the BJD had grabbed a lion''s share of 20 Lok Sabha and 117 assembly seats as the party formed government for the fourth successive term in the state.

The state is all set to witness staggered polling this time with balloting slated to be held in four phases on April 11, 18, 23 and 29 for the 21 Lok Sabha and 147 assembly seats.