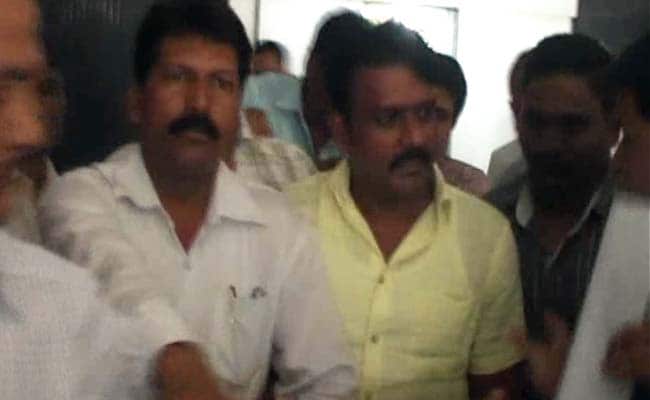 Ramesh Kadam was arrested on Monday morning from a hotel in Pune.

Kadam was arrested from a five-star hotel on the Pune-Ahmedanagar in Pune on monday.

"Kadam has been suspended from the party in the backdrop of his arrest and corruption charges against him," Maharashtra NCP president Sunil Tatkare told PTI from Ratnagiri in coastal Konkan.

Kadam, working as chairman of the government-run Annabhau Sathe Development Corporation (ASDC), allegedly transferred the funds to organisations headed by him. The money, according to CID officials, was meant for the welfare of backward communities for whom the corporation was set up.

The CID launched a massive hunt for Kadam on July 20, a day after he was booked for his alleged involvement in the scam.

The charges against Kadam include illegally sanctioning Rs 41 crore to Joshaba Central Cooperative Society, an organisation controlled by him.

Kadam, MLA from Mohol in Solapur, also allegedly sanctioned Rs 58 crore to set up a spinning mill in Aurangabad. The investigation revealed the mill was controlled by him.

Several transactions made by Kadam on behalf of ASDC caused the corporation huge financial losses, according to the FIR filed against the MLA.

Several teams were formed to nab Kadam, whose detractors in the NCP had alleged the MLA was hiding with the support of senior party leaders.

The probe against Kadam began last year when the Congress-NCP alliance was in power in Maharashtra and the current BJP government handed it over to the CID.

Kadam is the latest in the long list of NCP leaders against whom the government has launched inquiries.