The Ministry of Home Affairs had directed the National Investigation Agency to take over the investigation in recent killings in Rajasthan's Udaipur and Maharashtra's Amravati. 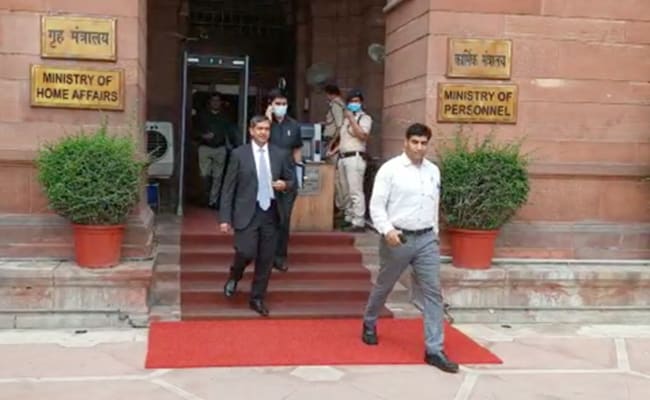 The meeting took place at Home Minister's office and it lasted about 35 minutes.

The meeting took place at Mr Shah's office, and it lasted for about 35 minutes.

The discussion between Mr Gupta, a 1987-batch Punjab cadre officer, who took charge as new NIA chief on June 27, is not known yet but it is learnt that it was a courtesy meeting as could not meet Mr Shah since after taking charge of the agency DG.

However, it is expected that Mr Gupta, former Director-General of Police, would have briefed Amit Shah about the two killings in Udaipur and Amravati which the MHA calling them 'brutal and barbaric'.

After the meeting, when asked about the latest development in the investigation of the two cases, Mr Gupta told ANI that "I cannot say anything on it (cases)".

Asked whether he briefed Home Minister about any details linked to the two cases, Mr Gupta said "I cannot tell on that part".

The NIA chief did not comment when ANI asked whether there is any link between the two killings that had taken place within a week and the common connection in these incidents was that the victims had supported controversial comments of BJP leader Nupur Sharma on the Prophet in a television debate.

Home Minister on July 1 had directed the NIA to take over the probe into the killing of Maharashtra's Amravati-based shop owner Umesh Kolhe on June 21.

Home Minister's Office (HMO) made the announcement through its Twitter handle as the matter was similar to the Udaipur case in which a tailor was killed by two men on June 28.

In the tweet, it is directed that "the conspiracy behind the killing, involvement of organisations and international linkages would be thoroughly investigated".

Exactly a week before tailor Kanhaiya Lal was killed in Udaipur, Umesh Prahladrao Kolhe, a 54-year-old chemist, was killed in Maharashtra's Amravati district on June 21.

Initial investigation by the City Kotwali Police Station in Amravati following a complaint by Umesh Kohle's son, Sanket Kohle led them to arrest two persons Muddasir Ahmad, 22, and Shahrukh Pathan, 25, on June 23. Their interrogation revealed the involvement of four more persons, of which three -- Abdul Thoufik, 24, Shoaib Khan, 22, and Atib Rashid, 22 -- were arrested on June 25. One is still on the run.