The seven-member investigative committee of the National Human Rights Commission (NHRC) had arrived in Hyderabad on Saturday and commenced its inquiry. 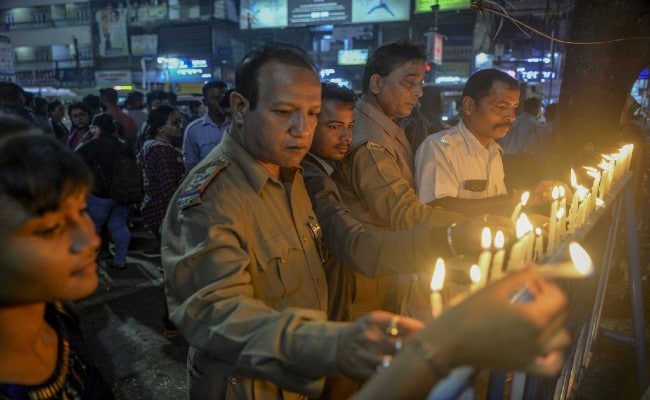 A NHRC team, which launched an investigation five days ago into the "encounter" killing of four men suspected of the rape and murder of a veterinarian near here, returned to New Delhi on Wednesday after conducting its initialfact-finding, on-the-spot probe into the matter.

The seven-member investigative committee of the National Human Rights Commission (NHRC) had arrived in Hyderabad on Saturday and commenced its inquiry.

"The NHRC team left on Wednesday after completion of (initial)inquiry (into the incident)," a senior police official told news agency PTI.

On Tuesday, the Cyberabad Police probing the rape and murder had submitted relevant details and evidence in the case and also about the killing of the four accused to the panel.

The NHRC team, including a forensic medicine expert, had examined the bodies of the four accused in Mahabubnagar district where they were earlier kept in a state-run hospital after autopsy.

The team also visited Chattanpalli village, about 50 km from the city, the spot where the charred remains of the woman were found beneath a culvert on November 28, and also the encounter site nearby.

The committee also recorded statements of the family members of the accused and also interacted with the veterinarian.

The team also recorded statements of police officials, who were accompanying the four accused on December 6 while they were being taken to the crime scene, where the charred remains of the woman were found on November 28.

The NHRC took cognisance of the "encounter" killings and ordered a probe on Friday.

The top human rights body in the country had said the encounter was a matter of concern and needed to be investigated carefully.

"The commission is of the opinion that this matter is required to be probed very carefully. Accordingly, it has asked its Director General (Investigation) to immediately send a team for a fact-finding, on-the-spot investigation into the matter," the NHRC said.

The four were gunned down on December 6 morning at Chattanpalli when they were taken to the crime scene near the culvert, under which the charred remains of the 25-year-old veterinarian were found on November 28, to recover her phone, wrist-watch and others pertaining to the case.

The Cyberabad Police had said its personnel resorted to "retaliatory" firing after two of the accused opened fire at police after snatching their weapons besides attacking the latter with stones and sticks, resulting in injuries to two policemen.

The four were arrested on November 29 for allegedly raping and killing the woman by smothering her and later torching the body after dumping it under the culvert.