NDRF Director General SN Pradhan tweeted that the force has decided to "airlift" West Bengal and Odisha-based teams of the force in view of Cyclone Yaas and its "possible impact" in the coastal districts of the two states. 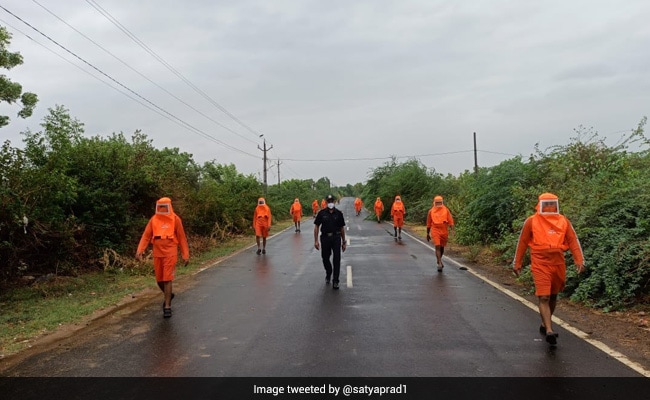 The National Disaster Response Force (NDRF) has begun positioning its teams in West Bengal and Odisha as Cyclone Yaas is likely to hit these states on the eastern coast of the country around May 26-27, officials said on Friday.

Some of the teams dispatched to undertake evacuation, rescue and restoration work in states affected by Cyclone Tauktae on the western coast are being called back, they said.

NDRF Director General SN Pradhan tweeted that the force has decided to "airlift" West Bengal and Odisha-based teams of the force in view of Cyclone Yaas and its "possible impact" in the coastal districts of the two states.

The exact number of NDRF teams to be earmarked for the latest cyclone will be decided as per inputs received from the India Meteorological Department. The situation is developing, the officials said.

The central force had earmarked a total of 101 teams for the extremely severe cyclonic storm Tauktae that developed in the Arabian Sea and mainly affected the coastal areas of Gujarat and states like Maharashtra and Goa, apart from a few others on the western coastline of the country.

Tauktae made landfall on Monday night near Una town in Gir Somnath district of Gujarat and caused destruction havoc for around 28 hours before it weakened into a depression.

Each NDRF team has 47 personnel who are equipped with tree and pole cutters, communication gadgets, inflatable boats and basic medical aid.

Due to the COVID-19 spread, these teams have been provided orange-coloured full-bodied personal protection gear that includes a face shield for each rescuer.

The NDRF has earlier said that most of its troops deployed for these operations have been vaccinated for coronavirus.

Talking about Yaas, the IMD had on Thursday said that a low pressure area is very likely to form over north Andaman Sea and adjoining east-central Bay of Bengal around May 22.

The name Yaas has been given to the potential cyclone by Oman, as per a standard protocol of naming such cyclonic storms in rotation by affected countries in the same area.

The name Tauktae was given by Myanmar, and it means gecko or a small lizard.