Naseeruddin Shah's Message For "Those Celebrating Taliban" In India

Naseeruddin Shah said those who are rejoicing the revival of Taliban should question themselves if "they want to reform their religion or live with the old barbarism". 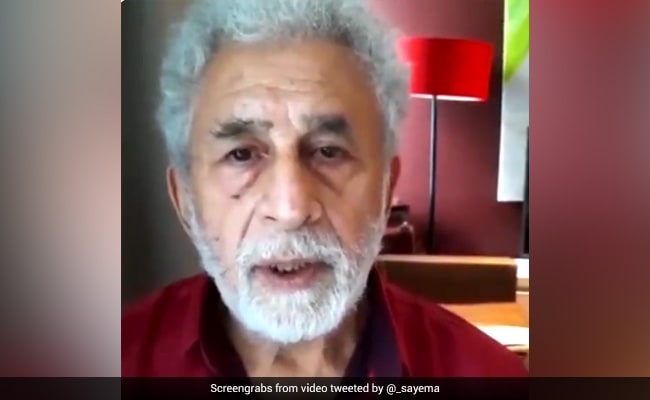 Veteran actor Naseeruddin Shah has condemned what he says are "sections of Indian Muslims celebrating the Taliban's return to power in Afghanistan", calling it dangerous.

"Even as the Taliban's return to power in Afghanistan is a cause for concern for the whole world, celebrations of the barbarians by some sections of Indian Muslims is no less dangerous," Naseeruddin Shah said in a video shared on social media.

Absolutely! ????
Taliban is a curse! pic.twitter.com/Bs6xzbNZW8

The 71-year-old actor said those who are rejoicing the revival of Taliban should question themselves if "they want to reform their religion or live with the old barbarism".

He drew a distinction between what he called "Hindustani Islam" and what is practised in other parts of the world. Islam in India has always been different from Islam around the world, he said, adding, "May God not bring a time when it changes so much that we cannot even recognise it".

The Taliban took control of Afghanistan on August 15 after defeating government forces across the country at a speed that took the world by surprise and caught the US off guard in the middle of its withdrawal.

The group was overthrown two decades ago by US-led forces for harbouring Al Qaeda which masterminded the September 11, 2001 attacks on the United States.

Taliban leaders have claimed that this time they will respect human rights and will not allow terrorists to operate from the country.