According to a senior official, there is no danger of submergence of residential areas immediately but they are closely monitoring the situation. 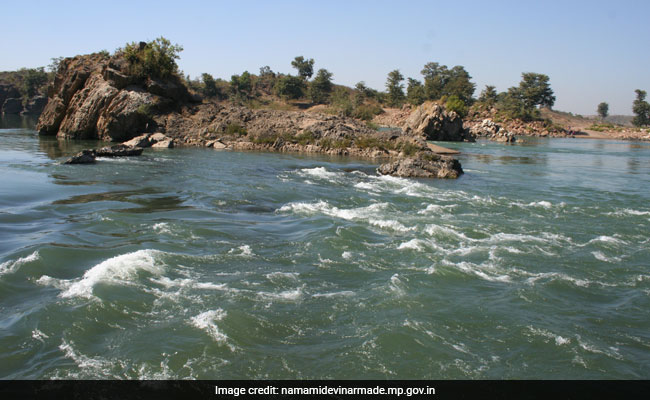 Officials said water is being released continuously from dams built on the Narmada river.

Officials are on alert as the Narmada river is flowing above the danger mark due to intermittent heavy rains since last one week and water inflow from dams in western Madhya Pradesh, submerging historic Maheshwar ghat.

According to a senior official, there is no danger of submergence of residential areas immediately but they are closely monitoring the situation.

Officials said water is being released continuously from dams, including Bargi in Jabalpur district, Omkareshwar and Indirasagar in Khandwa district and Tawa in Hoshangabad district, built on the Narmada river and its tributaries following heavy rains in the state.

"Overflowing Narmada river has submerged the historic ghat at famous tourist town of Maheshwar. However, there is no danger of submergence of residential areas but we are keeping an eye on the situation," a Sub-Divisional Magistrate (SDM) of Khargone district told PTI.

A Narmada Valley Development Authority (NVDA) official said the level of the backwaters of the Gujarat-based Sardar Sarovar Dam have risen in Barwani and Dhar districts in MP due to inflow of water.

"The level of the Narmada river backwaters rose to 133.45 metres at Rajghat village in Barwani district, which is 10.17 metre above the danger mark. This village is already converted into an island.

"Similarly, the submergence area is increasing in Nisarpur village of Dhar district. As a result, villagers in Nisarpur with population of 10,000 are shifted to safer places," he said.

According to eye-witnesses, the swollen Narmada river is flowing only 20 feet below the Mortakka bridge, which connects Khargone and Khandwa districts.