BJP is in power in Assam, Manipur and Arunachal Pradesh among the northeast states. 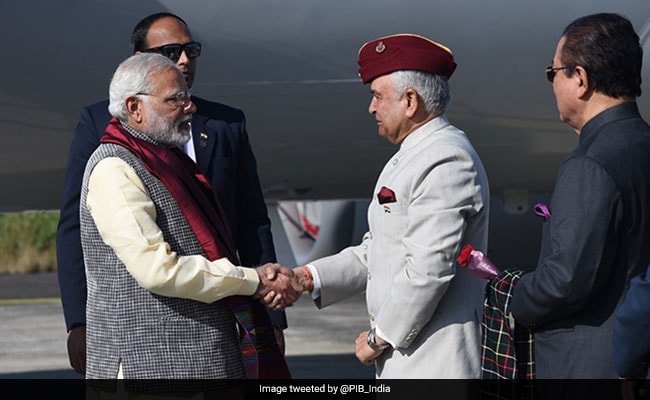 PM Modi inaugurated the new BJP Meghalaya unit office during his visit today. BJP is already in power in Assam, Manipur and Arunachal Pradesh among the northeast states.

Here are the highlights from PM Modi's visit to Mizoram and Meghalaya:

Dec 16, 2017 14:33 (IST)
The Government of India has sanctioned Rs 100 crore to promote tourism in Meghalaya and develop top tourist destinations in the state, PM Modi said.
Dec 16, 2017 14:13 (IST)
15 new railway lines of nearly 14000 km and 4000 km of National Highways costing 47,000 crore and 32,000 crore respectively have been sanctioned by the Union Government, in an attempt to boost connectivity in the North East region, the prime minister said.

Dec 16, 2017 14:10 (IST)
The prime minister also spoke about how he has instructed his ministers to interact with the people of the north east and atleast one of them must visit the region every 15 days.
Dec 16, 2017 14:07 (IST)
Referring to "Transformation by Transportation", PM Modi said the Shillong-Nongstoin-Rongjeng-Tura Road will help reduce travel time, boost economic activity and establish a direct link between the cities of Shillong and Tura.
Dec 16, 2017 13:29 (IST)
Prime Minister Narendra Modi inaugurated the Shillong-Nongstoin-Rongjeng-Tura Road, in Shillong. 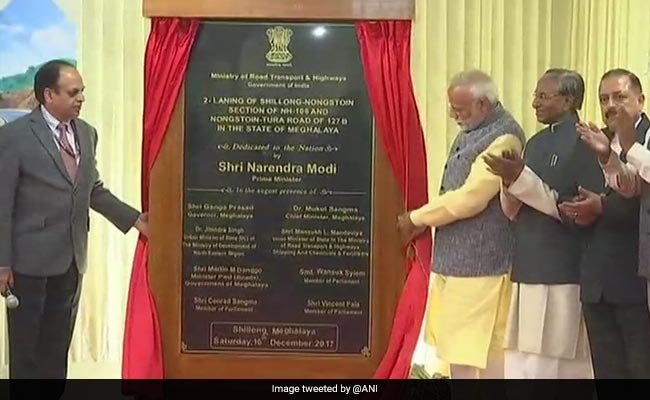 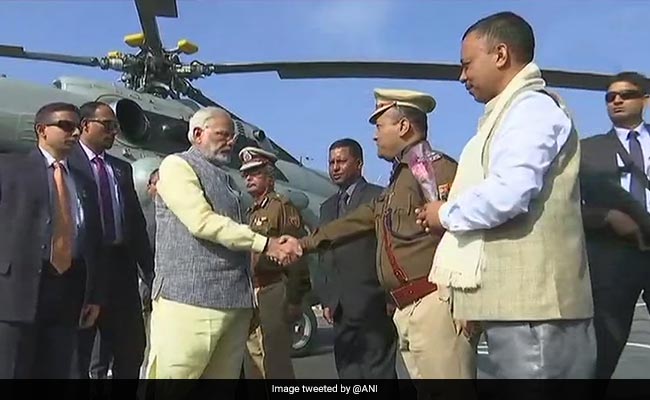 PM Modi arrived in Shillong where he was given a warm welcome.
Dec 16, 2017 13:06 (IST)
The Prime Minister visited Shillong, Meghalaya where he addressed a rally, announced the opening of a party office and inaugurated the Shillong-Nongstoin-Rongjeng-Tura Road.
Dec 16, 2017 12:22 (IST)
On the restrictive bamboo regulation, PM Modi said that from now on there will be no requirement of any permit for farmers to produce, transport or sell bamboo and its products, benefiting the farmers and working towards doubling their income by 2022.

Our Government with an aim to reduce this pain, has changed the regulatory regime and now there will be no requirement of any permit or permission for producing, transporting and selling Bamboo and its products produced by farmers in their own fields: PM @narendramodi

Dec 16, 2017 12:14 (IST)
PM Modi also spoke about his 'Act East Policy'. As Mizoram serves as a gateway to the South East, the state can gain vastly as a transit point for trade with Myanmar and Bangladesh. He also spoke about how the scenic beauty, high literacy rate and vast English speaking population of the state can boost tourism.

Referring to the connectivity and transport in the North Eastern region, PM Modi said:

• 15 New Rail Line projects of 1385 kilometers length at a cost of over Rs.47,000 crore will be executed to bring all the State capitals of the North East on the railway map.

With reference to the  building of New India, the prime minister emphasized on the following:

• To achieve New India by 2022, increasing economic growth and sharing the fruits of the result will go hand in hand.

• Every Indian, irrespective of caste, gender, religion, class must have equal opportunities

• The 115 relatively backward districts of North Eastern States will benefit from the government's plans to usher in development in these districts.

Dec 16, 2017 11:22 (IST)
Narendra Modi also said his government is focusing on youth empowerment and believes in the skills of the youngsters. PM Modi used the words 'empower through enterprise' to talk about how BJP is creating a right atmosphere for the youth's big ideas to flourish and prosper.
Dec 16, 2017 11:19 (IST)
DoNER has set up a Rs. 100 crore Northeast Venture Capital Fund from which PM Modi will be distributing cheques to young entrepreneurs for better youth empowerment in the region. The prime minister urged the Mizoram youth to benefit from the steps taken by the government and said they will always be there as a helping hand for the youth venturing into the world of start-ups.
Dec 16, 2017 10:59 (IST)
Narendra Modi said the hydropower project will:

The prime minister celebrated the completion of the 60 Mega-Watt Tuirial Hydropower Project. Some highlights about the project are:

• This is Mizoram's first large hydropower project which should be able to boost the socio-economic development of the state.

• Atal Bihari Vajpayee's government cleared the project back in 1998 but got delayed.

• The huge reservoir is spread over an area of 45 square kilometres.

Dec 16, 2017 10:27 (IST)
PM Modi inaugurated the Tuirial Hydropower Project today in Aizawl and referred to the project as a 'boon' for the people of Mizoram.
Dec 16, 2017 10:25 (IST)
The prime minister referred to development in the north east during Atal Bihari Vajpayee's regime and said how his ministers have visited the region around 150 times. He also said resources are being devoted for significant progress in the North east.
Dec 16, 2017 10:18 (IST)
This was Narendra Modi's first visit to Mizoram after becoming the prime minister. PM Modi tweeted about how he admires the beauty of the state and referred to the people as 'friendly' soon after being received by the governor and chief minister of Mizoram at the airport. 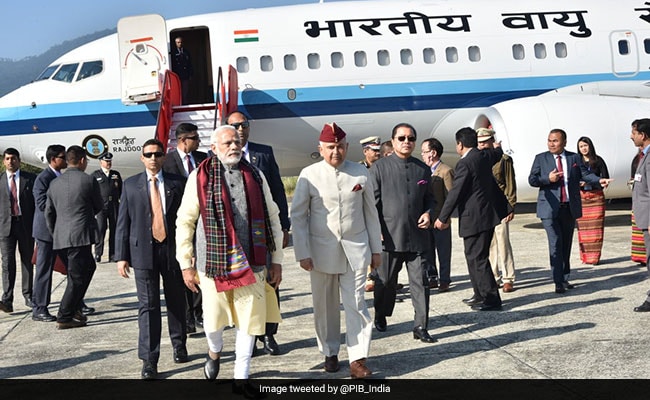 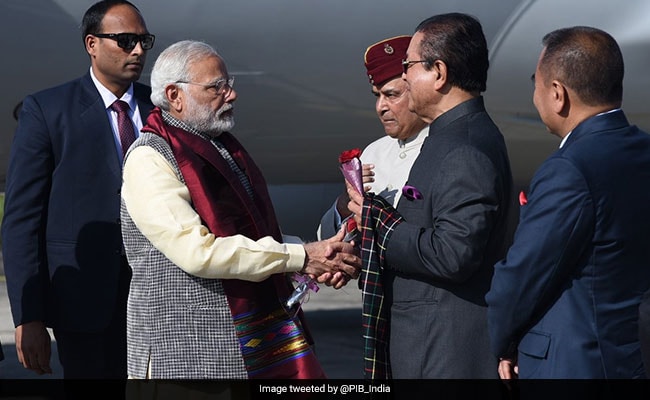