Narada Bribery Case: Around 4 am, Madan Mitra and Sovan Chatterjee were shifted to hospital after they complained of breathlessness.

Four leaders including two Bengal ministers were moved to jail in Kolkata late last night after a day of dramatic developments that started with their early morning arrest in the Narada bribery case, followed by bail, which was finally put on hold by a court.

After their bail, challenged by the CBI, was stayed by the Calcutta High Court, Ministers Subrata Mukherjee and Firhad Hakim, Trinamool MLA Madan Mitra and former leader Sovan Chatterjee were taken to the Presidency correctional home late last night.

Around 4 am, Madan Mitra and Sovan Chatterjee were shifted to hospital after they complained of breathlessness.

Subrata Mukherjee was also taken to hospital briefly for a medical examination and then sent back to jail.

All four were taken on Monday morning to the CBI by central forces. To challenge their arrest, Chief Minister Mamata Banerjee spent six hours at the CBI office and dared the investigators to arrest her. 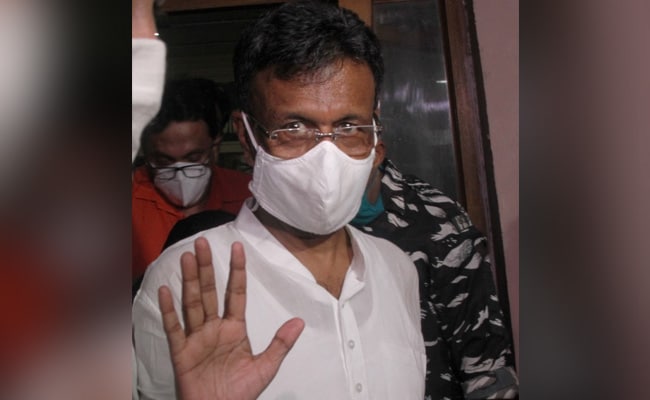 In a brief interaction with reporters outside the CBI office at Nizam Palace, Madan Mitra raised the question that his party has been raising ever since the arrests yesterday - why no action against Suvendu Adhikari and Mukul Roy, former Trinamool leaders who were also caught in the Narada sting but later joined the BJP.

"I have full faith in the judiciary. The BJP can employ anybody to harass me," said Firhad Hakim, who wept on camera saying he "could not finish his job of helping people of the city in the pandemic".

Sovan Chatterjee lashed out: "I am not a dacoit. I have not done anything wrong that the CBI could enter my bedroom to arrest me?"

"We all are bad men but not Mukul (Roy) and Suvendu (Adhikari)," said Madan Mitra.

The spotlight is now on Suvendu Adhikari, former Trinamool MP and currently BJP MLA. He is one of 13 people named in the Narada sting operation that went public in 2016.

In 2014, a journalist of the Narada news portal, Mathew Samuel, posed as a businessman planning to invest in Bengal, gave wads of cash to seven Trinamool MPs, four ministers, one MLA and a police officer as bribe and taped the entire operation.

Mr Adhikari was among those caught on camera taking cash.

The CBI says it has applied to the Speaker of the West Bengal assembly for sanction to prosecute Mr Adhikari but it has not come through.