CM Chang is the first MLA in Nagaland, which has reported 7,240 COVID-19 cases so far, to die of coronavirus. 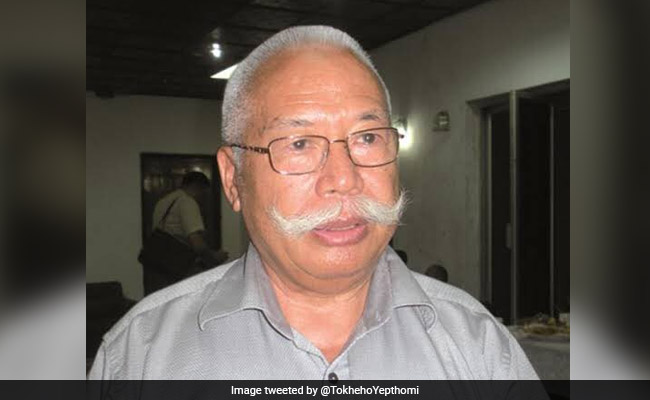 CM Chang was being treated for COVID-19 at a hospital in Kohima, officials said.

He was 77 and is survived by his wife, four sons, five daughters and grandchildren.

CM Chang was being treated for COVID-19 at a hospital in Kohima, they said.

He is the first MLA in the state, which has reported 7,240 COVID-19 cases so far, to die of coronavirus.

The Nagaland government has declared state mourning on October 13 and 14, officials said.

CM Chang, who was the Minister for Environment, Forest & Climate Change and Justice and Law, will be accorded a state funeral at his Noksen village in Tuensang district on Tuesday, they said.

The Prime Minister's Office tweeted quoting him: "Saddened by the passing away of Shri CM Chang, Minister in the Nagaland Government. He was experienced in areas of administration and policy, first as a bureaucrat and later as a political leader. He worked hard for Nagaland''s progress. Condolences to his family and friends."

The bulletin issued by the Health Department said Kohima reported the second COVID-19 death, taking the total number of coronavirus deaths in the state to 13.

The Nagaland minister was a ruling NDPP legislator from the Noksen seat. He was elected to the Lok Sabha in 2009 and had served the state government in various capacities as an IAS officer.

"We shall remember him for his contribution to Nagaland as an able administrator, a prominent parliamentarian, a minister and a hugely popular public figure. In his demise, not only has the Chang community lost a tall leader but it is a loss for the entire state and the country," the governor said.

Mr Rio said the minister was his close friend for several years and they shared a working relationship for decades.

"He was like a brother, a trusted advisor and a loyal associate," the chief minister said.

Describing the departed leader as a "pillar of strength, a true gentleman and a fatherly figure to many", Mr Rio said, "Late CM Chang was a forthright person, always good-natured and a fine gentleman."

"He has made sacrifices for the welfare of the society and his contributions in the service of the state will be remembered for all times to come," he said.

Nagaland Congress chief K Therie said, "Late CM Chang was not only a people's leader but also a cheerful and hardworking person. He dedicated his life to the service of the people as a bureaucrat and then chose to continue to serve the people through electoral politics."