Welcoming the leaders who made a comeback to the Congress, five-time chief minister and senior party leader SC Jamir said, "Congress, today is solidified". 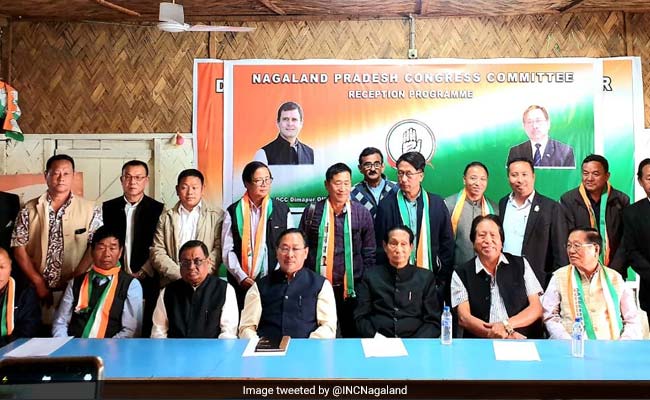 A total of 21 leaders returned to the Congress fold in Nagaland after which the party vowed to put up a united fight against the "stop-gap" BJP-NDPP government in the state.

Welcoming the leaders who made a comeback to the Congress, five-time chief minister and senior party leader SC Jamir said, "Congress, today is solidified".

Claiming that the Congress is a party with a vision and clear ideology, Mr Jamir said it can never be uprooted.

Asking the Congress workers to be active and propagate its programmes, the former Nagaland Governor called for shunning party dissents and internal bickering. "Congress workers should have the courage to tell the truth to the people, and articulate very clearly that we can serve, help and lead the people," he said.

Stating that the Naga society is in "delirium", Mr Jamir also alleged that the ruling NDPP dispensation was only "a stop-gap arrangement" to "fool" the people.

NPCC president K Therie expressed hope that the party will put up a united fight to "combat the BJP and its regional cohorts", with the return of the 21 leaders.

Mr Therie added that more leaders were expected to join the Congress in the coming days.