A cabinet meeting headed by Shurhozelie Liezietsu discussed the governor's directive last night and took the decision against calling any emergency session of the assembly. 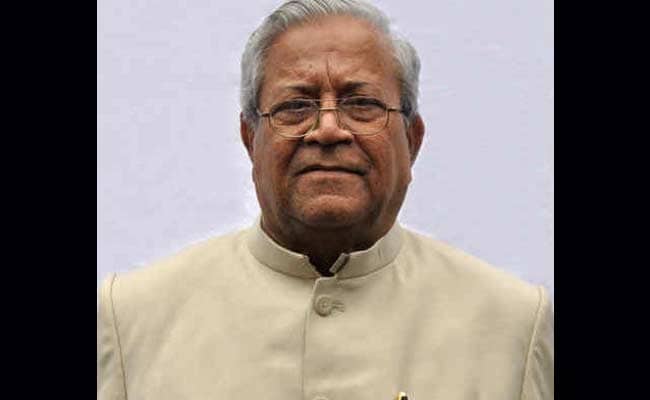 A cabinet meeting headed by Mr Liezietsu discussed the governor's directive last night and took the decision against calling any emergency session of the assembly.

"The state cabinet was of the firm opinion that there was no justification for an emergency session of the assembly to discuss or resolve the internal affairs of the ruling Naga People's Front (NPF)," stated a joint statement issued by Mr Liezietsu and Chief Secretary Panjak Kumar.

The cabinet quoted a Supreme Court judgement, saying that "the governor can summon or prorogue and dissolve the House, only on the aid and advice of the council of ministers with the chief minister as its head, and not on his own."

With the by-poll to Northern Angami-I seat already notified and the Model Code of Conduct in force, the cabinet felt that since the chief minister has filed his nomination on July 11, "it would not be legally proper for the cabinet to advise so, and for the governor to summon the assembly during this election period."

"There is no split in NPF and the party supports the Shurhozelie-led ministry," the cabinet maintained.

The governor's directive, asking Mr Liezietsu to seek a trust vote in the assembly on or before July 15, came after former Chief Minister T R Zeliang staked claim to form the government.

Mr Zeliang claimed that he has the support of 37 NPF MLAs and seven independent legislators in the 60-member House.

"The group of dissident legislators from the NPF, now reportedly camping at Kaziranga in Assam under the leadership of T R Zeliang, who are demanding change of leadership still belong to the NPF Party.

"Though as many as 10 MLAs have been suspended, they are still bound by their membership of the NPF Party and they do not have a separate identity in the assembly," the cabinet said.

Therefore, the Cabinet said, the dissidents have "no legal right" to demand the Governor for effecting change of leadership, which can be taken up only in the official meeting of the NPF legislature party. It also said that they "cannot demand" a special assembly session to resolve an internal party matter either.

The Nagaland Pradesh Congress Committee, meanwhile, has urged the governor to dismiss the Shurhozelie Liezietsu government and recommended the imposition of President's Rule in the State as it faces an "extraordinary situation of political instability".

Mr Acharya is yet to respond to the Cabinet's decision not to call an emergency session of the assembly. He is expected to arrive here tomorrow.

Promoted
Listen to the latest songs, only on JioSaavn.com
The present strength of the 60-member Nagaland assembly is 59 as the Northern Angami I seat is vacant now. The bypoll for the seat would be held on July 29.

In the assembly, the NPF has 47 members, the BJP four and independents eight.