Muslims Better Off In Gujarat Than Other States: Vijay Rupani

Accusing the Congress of creating a rift between Hindus and Muslims, Vijay Rupani said the "votebank politics" in the country should come to an end now. 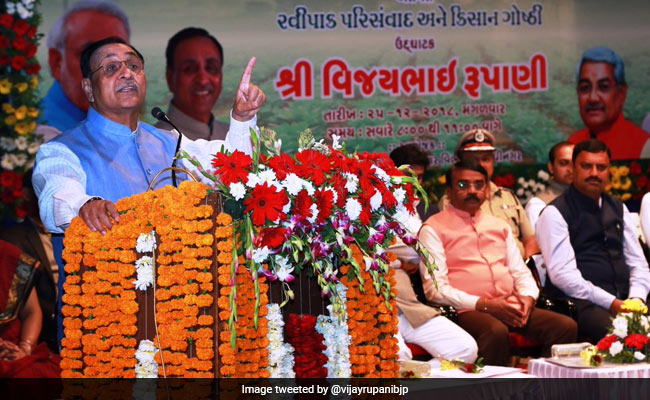 Vijay Rupani was speaking in Gandhinagar after inaugurating the renovated office of state Waqf Board.

Gujarat Chief Minister Vijay Rupani Tuesday claimed the condition of Muslims living in the state was better than anywhere else in the country.

Accusing the Congress of creating a rift between Hindus and Muslims, Mr Rupani said the "votebank politics" in the country should come to an end now.

Mr Rupani was speaking in Gandhinagar after inaugurating the renovated office of state Waqf Board.

Referring to the Sachar Committee report, Mr Rupani, according to an official press release, said the condition of Muslims in BJP-ruled Gujarat was better than any other part of the country.

The report had examined the socio-economic and educational status of the Muslim community in India.

"For over 50 years, the Congress treated Muslims as mere votebank, as a result Muslims lagged behind in education, employment and in terms of economic development," the statement quoted Mr Rupani as saying.

The chief minister said the formation of the Sachar Committee to examine the condition of minorities by the then Congress government at the Centre was an example of "appeasement politics" by the country's oldest political party.

"It was the Congress which created a rift between Hindus and Muslims and incited them against each other. Ever since the BJP (once again) came to power, no communal violence has taken place. Such riots took place only during the Congress rule," Mr Rupani said.

He said when the country is moving towards 'Surajya' (good governance), it is necessary to abolish votebank politics.

Mr Rupani said instead of engaging in "appeasement politics", the BJP government in Gujarat has adopted the motto of "appeasement to none, justice to all".