NDRF teams were sent to Tiware Dam in Ratnagiri district to carry out search and rescue operations. Additional rescue teams consisting of government officials, police and volunteers were also dispatched

Nineteen people were killed after heavy rainfall led to a breach in the Tiware Dam in Maharashtra's Ratnagiri district at around 9.30 pm on July 2. Seven down-stream villages, which include Akle, Riktoli, Ovali, Kalkavne and Nandivase, were flooded and at least 12 houses and 20 vehicles near the dam were washed away.

According to a report by news agency IANS, the 19-year-old dam had shown signs of leakage. District authorities were told, locals said, but no repairs were carried out. The dam has a storage capacity of 20 lakh cubic metres.

"NDRF team has been divided into three parts. The first team has started the search operation near Kherdi. The second team is combing the area from Kalkavane village and will meet the first team. The third team is searching from Kalkavane to Tiware dam site," NDRF Inspector Mahesh Kumar told news agency ANI. 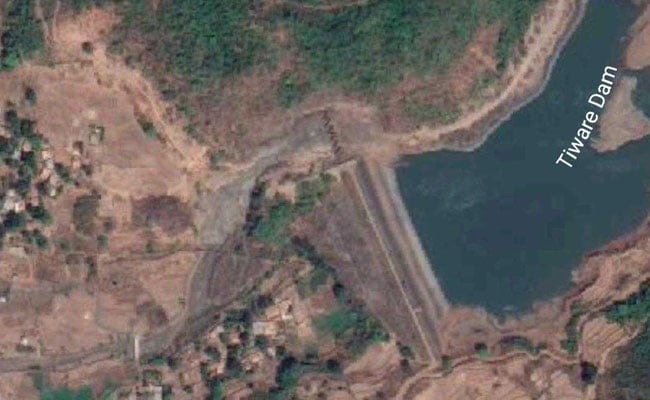 Earlier NDRF official Sachidanand Gowde told ANI the body of a woman had been found at least 35 kilometres away.

"There must have been several reasons that contributed to the incident. Experts can comment on the cause of the incident and an investigation should be conducted," he said.

Chief Minister Devendra Fadnavis has ordered an inquiry. "Reasons for the breach will be probed and action would be taken against the guilty expeditiously," an official statement said.

Reports were also sought by the Prime Minister's Office and the Home Ministry.

Former union minister Suresh Prabhu tweeted his condolences today morning and said he had "asked all our karyakartas & NGOs to offer all help to (families of) victims.

Just heard sad news of #Tiware dam in #Ratnagiri bursting causing huge loss to lives,property.Immediately contacted concerned in state government,district administration to rush help.Asked all our #karyakartaas&NGOs to offer all help to victims.Arranging rescue operations for all

The opposition party in the state, the Congress, tweeted: "We pray the missing individuals are found immediately & have a speedy recovery."

Our deepest condolences to the families of the victims of this tragedy. We pray the missing individuals are found immediately & have a speedy recovery. The Maharashtra govt can no longer allow this devastation to continue & must take immediate action.https://t.co/6HViq4Deai

The monsoon has brought large parts of the state and its capital Mumbai to a standstill. According to Maharashtra Chief Minister Devendra Fadnavis, Mumbai alone received an "unprecedented" 300 to 400 millimetres of rain in a 12-hour period on July 2. Heavy rainfall was also recorded in Thane, Palghar and Raigad districts, as also Nashik, Ratnagiri, Sindhudurg and western parts of the state.

On July 2 more than 20 people were killed after the rains led to the collapse of a wall in Mumbai's Malad East. Rescue teams led by the NDRF and Mumbai Fire Brigade mounted a desperate all-night effort to save three people trapped in debris. One of those trapped was a young girl - 12-year-old Sanchita - whose body was recovered after an unsuccessful 14-hour rescue attempt.

Three others were killed in a wall collapse incident in Kalyan in Thane district.

The Chief Minister announced a compensation of Rs. 5 lakh to the families of those killed in the wall crash.

With inputs from ANI and IANS