Read inOther Languages
This Article is From Jan 17, 2020

The $10 billion high-speed transport project was aimed at cutting travel time between Mumbai and Pune to just 35 minutes. 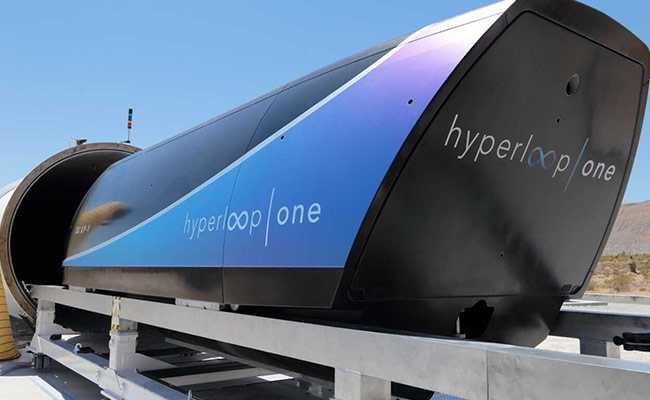 Hyperloop pods can achieve speeds of up to 1,200 km per hour.

The proposed Mumbai-Pune ultrafast hyperloop transport system in Maharashtra has come under a cloud, with the state government on Friday signalling that undertaking a first-of-a-kind project of such magnitude could turn out to be a risky proposition at this juncture.

"Hyperloops have never been constructed anywhere in the world until now, so let this be tried somewhere else before us. Once it is successful, then we can think of it," Maharashtra Deputy Chief Minister Ajit Pawar said.

The Minister, however, clarified that his comment should not be viewed as a decision to scrap the project. "It's just that we do not have the capacity to experiment with hyperloop technology. We will concentrate on other modes of transport and, in the meantime, if that technology develops more with successful trials abroad, we can think about it," he said.

The $10 billion project pushed by multi-billionaire Richard Branson's Virgin Group is the second high-budget initiative that the Uddhav Thackeray-led government in Maharashtra has applied the brakes on, after the Ahmedabad-Mumbai bullet train system. The tri-party Maha Vikas Aghadi alliance, which took over the state after the assembly elections in October last year, has indicated that it is more keen on addressing pressing issues such as farmer welfare and poverty alleviation than taking up such projects.

The previous BJP-led Devendra Fadnavis government had come to an understanding with the Virgin Group on the hyperloop transport system, which aims to reduce travel time between Mumbai and Pune to just 35 minutes. Proposed as a replacement to existing railway infrastructure between the two cities, the hyperloops were expected to use magnets to levitate pods inside an airless tube, creating conditions in which pods can shuttle people and freight at speeds of up to 1,200 km per hour.

The previous government had even granted infrastructure project status to the $10 billion plan in August, paving the way for fast-tracking land acquisition in this regard.

Even as the new government raised questions over its viability, Richard Branson met Chief Minister Uddhav Thackeray at his Mumbai residence -- Matoshree -- last month in an effort to "clear misunderstandings". The previous day, he had announced that the Virgin Group will not depend on any funding from the state.