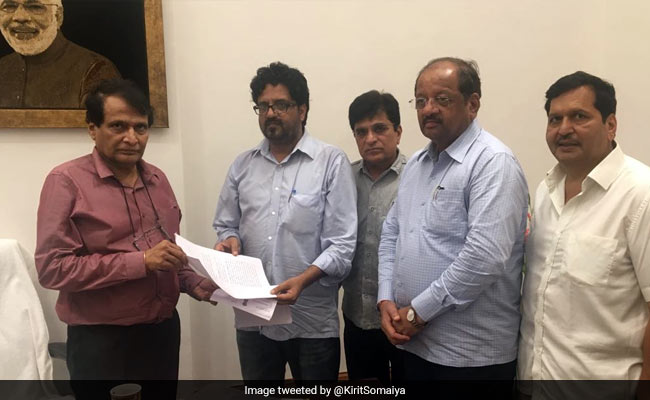 Suresh Prabhu met with the husband of co-pilot Marya Zuberi, who died in the Mumbai plane crash.

The husband of a co-pilot, who died along with four others in a plane crash at Ghatkopar last month, met Civil Aviation Minister Suresh Prabhu, who assured him of a fair investigation into the incident.

In a statement issued last month, Mr Khaturia had questioned the fitness of the aircraft. He had said "the company involved in the ill-fated plane's repairs seems to have been incapable of detecting the technical snags that could have led to its crash."

Mr Kathuria said that his wife had mentioned to him that the weather conditions were not conducive for a test flight to be conducted for a small plane like Beechcraft King Air C90 aircraft.

"She left the house assuring me she would return rather soon as the weather conditions were clearly not right for a test flight of a small plane such as the Beachcraft King Air twin turboprop," he said.

He had also said UY Aviation, the owners of the aircraft, "seem to have completely disregarded their responsibility to check whether such a plane should go off the ground".

Five people -- four crew members including two pilots and a pedestrian -- lost their lives on the June 27 mishap when the 12-seater plane crashed into an under-construction building in the Ghatkopar area of Mumbai.

The Aircraft Accident Investigation Bureau (AAIB) is carrying out a detailed probe into the incident.