Eighteen legislators, including Sanjay Rathod and Abdul Sattar, were sworn in as cabinet ministers at Raj Bhavan in south Mumbai. 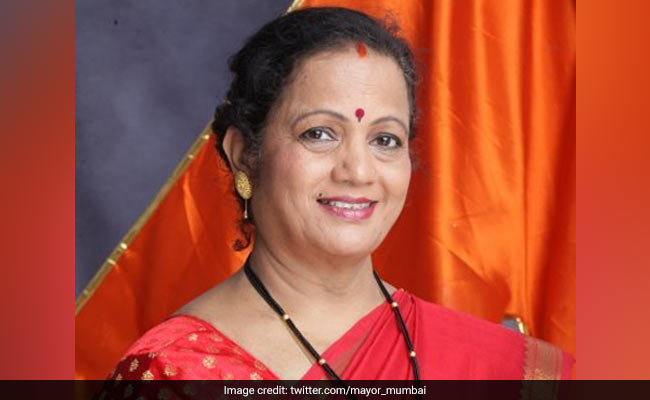 After the induction of rebel Shiv Sena MLAs Sanjay Rathod and Abdul Sattar into the Maharashtra cabinet on Tuesday, former Mumbai mayor Kishori Pednekar claimed the BJP is like a washing machine and once leaders go there, they come out clean.

Mr Rathod, who was part of the previous Uddhav Thackeray-led Maha Vikas Aghadi (MVA) government, resigned last year over his alleged link to a woman's death.

Recently, the names of three daughters and a son of Mr Sattar appeared in the list of the 7,880 candidates who were disqualified and banned in connection with the alleged rigging of the Teachers' Eligibility Test (TET) 2019-20.

After the induction of the two leaders into the Eknath Shinde-led Maharashtra cabinet, Ms Pednekar, who belongs to the Uddhav Thackeray-led Sena faction, said, "It's (the BJP) like a washing machine. Once they go there, they come out clean." Chief Minister Eknath Shinde said Mr Rathod was given a clean chit by police when the MVA was in power. Hence, he was included in the state cabinet.

Mr Shinde and 39 other Sena legislators had revolted against the party leadership in June this year, which led to the collapse of the Uddhav Thackeray-led MVA government.

On June 30, Mr Shinde was sworn in as the chief minister and BJP leader Devendra Fadnavis took oath as deputy CM.

Eighteen legislators, including Sanjay Rathod and Abdul Sattar, were sworn in as cabinet ministers at Raj Bhavan in south Mumbai.

Mr Rathod (51) is a four-term Sena MLA from the Yavatmal district.

Mr Sattar (54) is a three-term MLA from Marathwada. He was with the Congress in his first two terms and joined the Sena in 2019.